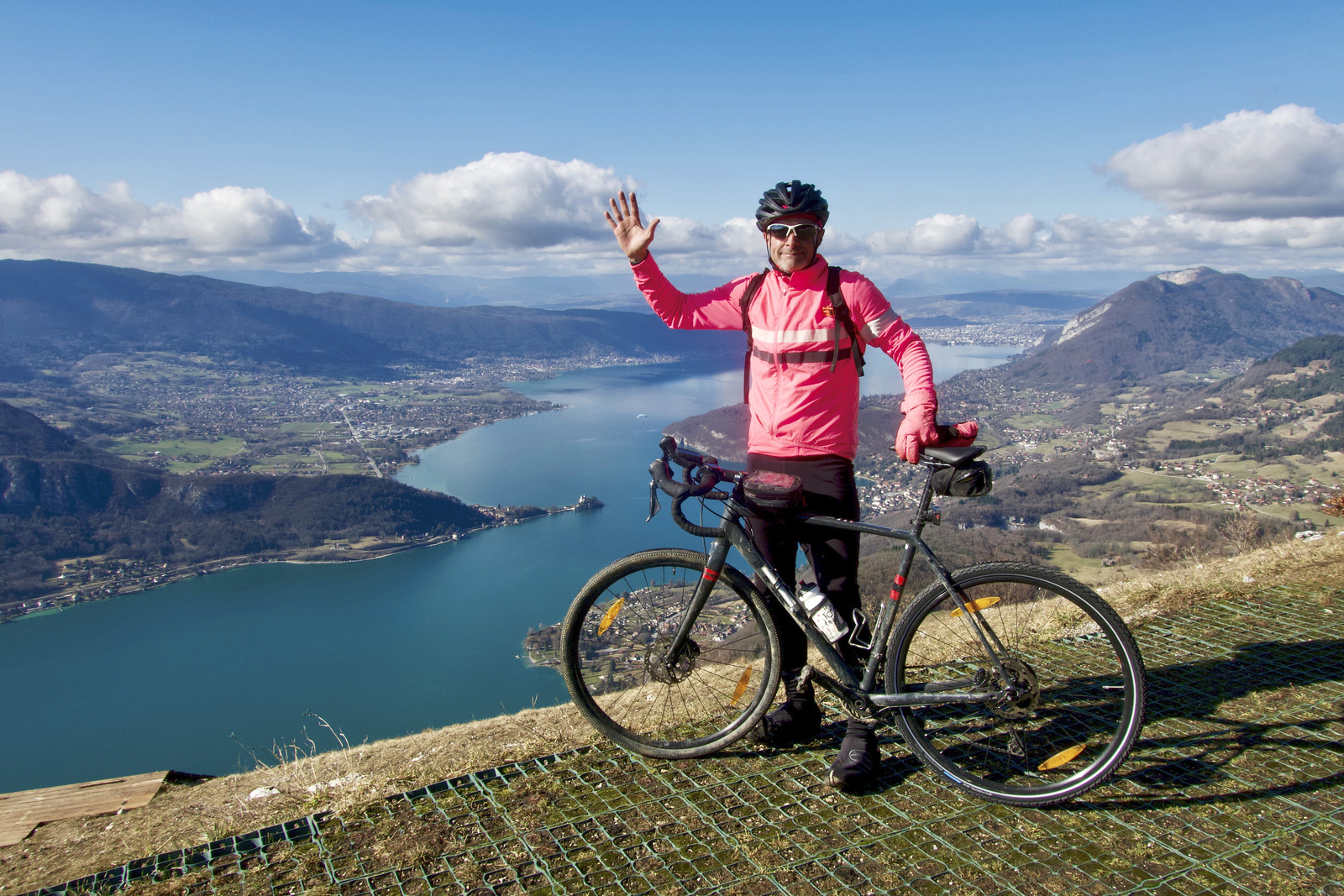 My first ride since early August that didn’t start/end from home. I thought I’d choose a familiar old friend.

This is a great loop of Lake Annecy via the bike path on the west side of the lake and via Col de la Forclaz de Montmin on the east. This is the climb where I first saw a Tour de France mountain stage …… back in 2004. 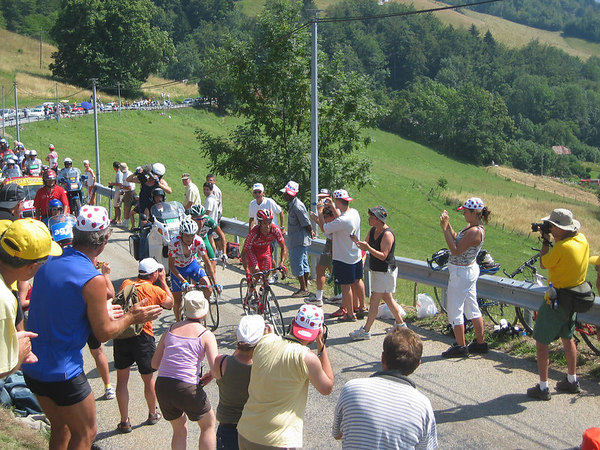 I started on the north edge of the lake near Annecy. The key to the route is to immediately get onto the Annecy bike path that runs along the west side of the lake and heads all the way to Albertville. It’s far, far, far better than the main road down low which is crowded with fast traffic. See the detailed map at the bottom. 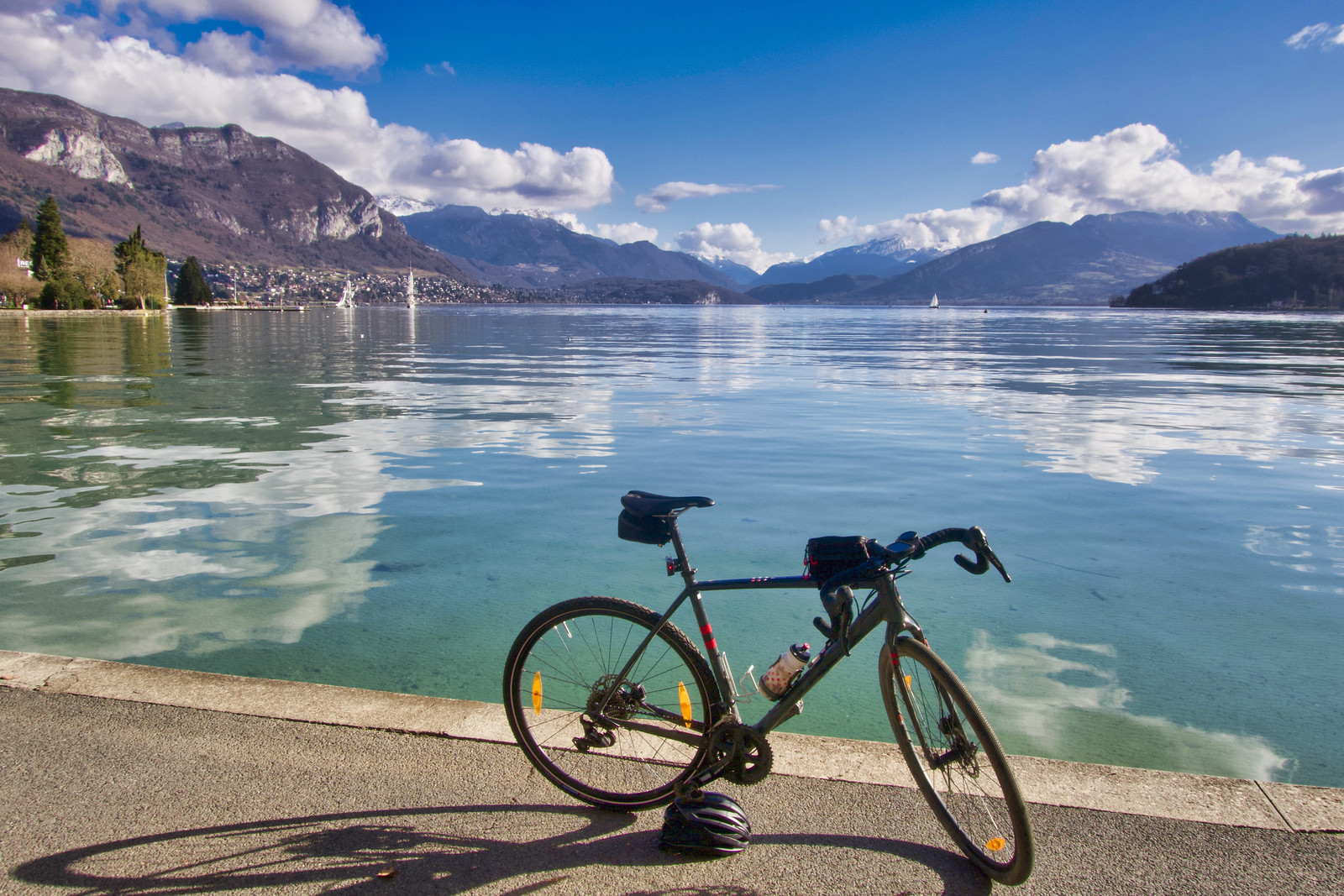 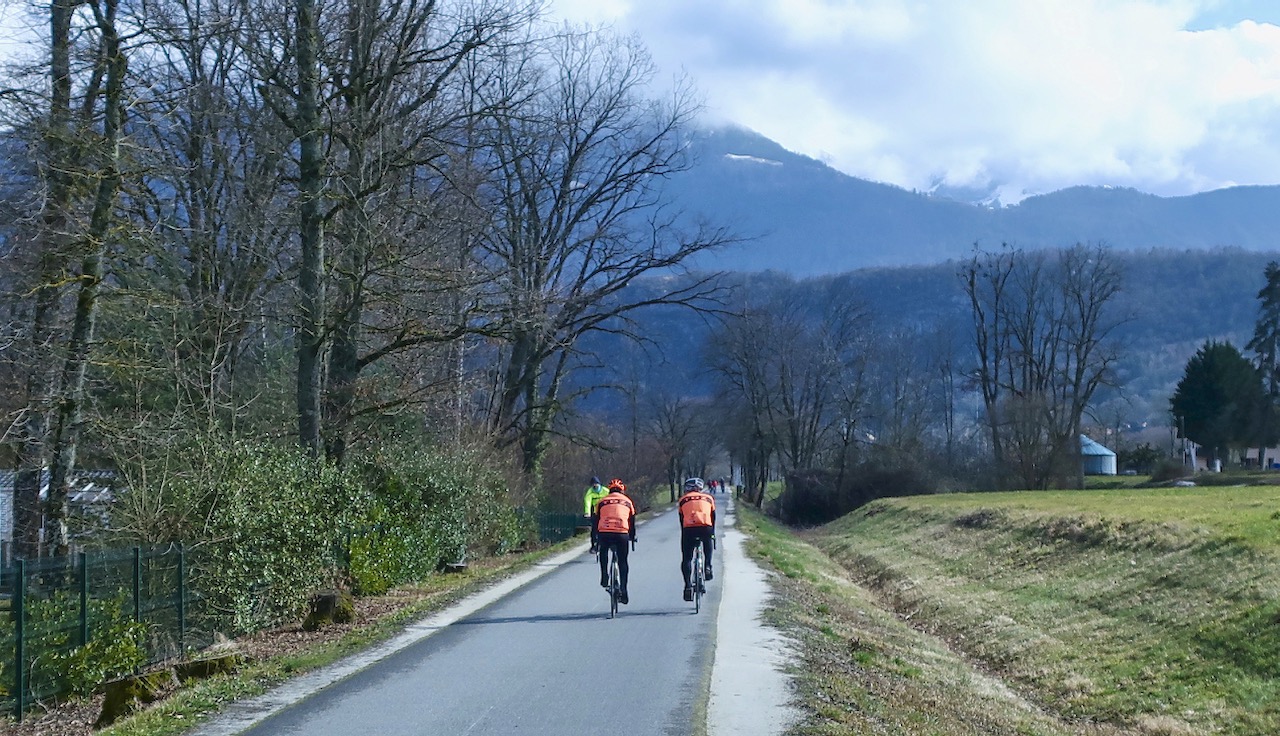 See here for “The Ten Best Cycling Climbs from Annecy.”

As the profile above shows, the climb to Col de la Forclaz, while only 8.5 kilometres long, is hyper steep. Personally, I prefer this south side through a narrow gorge asit’s quieter than the north side. But all the lake views are on the north side (and at the summit).

Today, I didn’t take many photos until the summit, but it’s a great road. 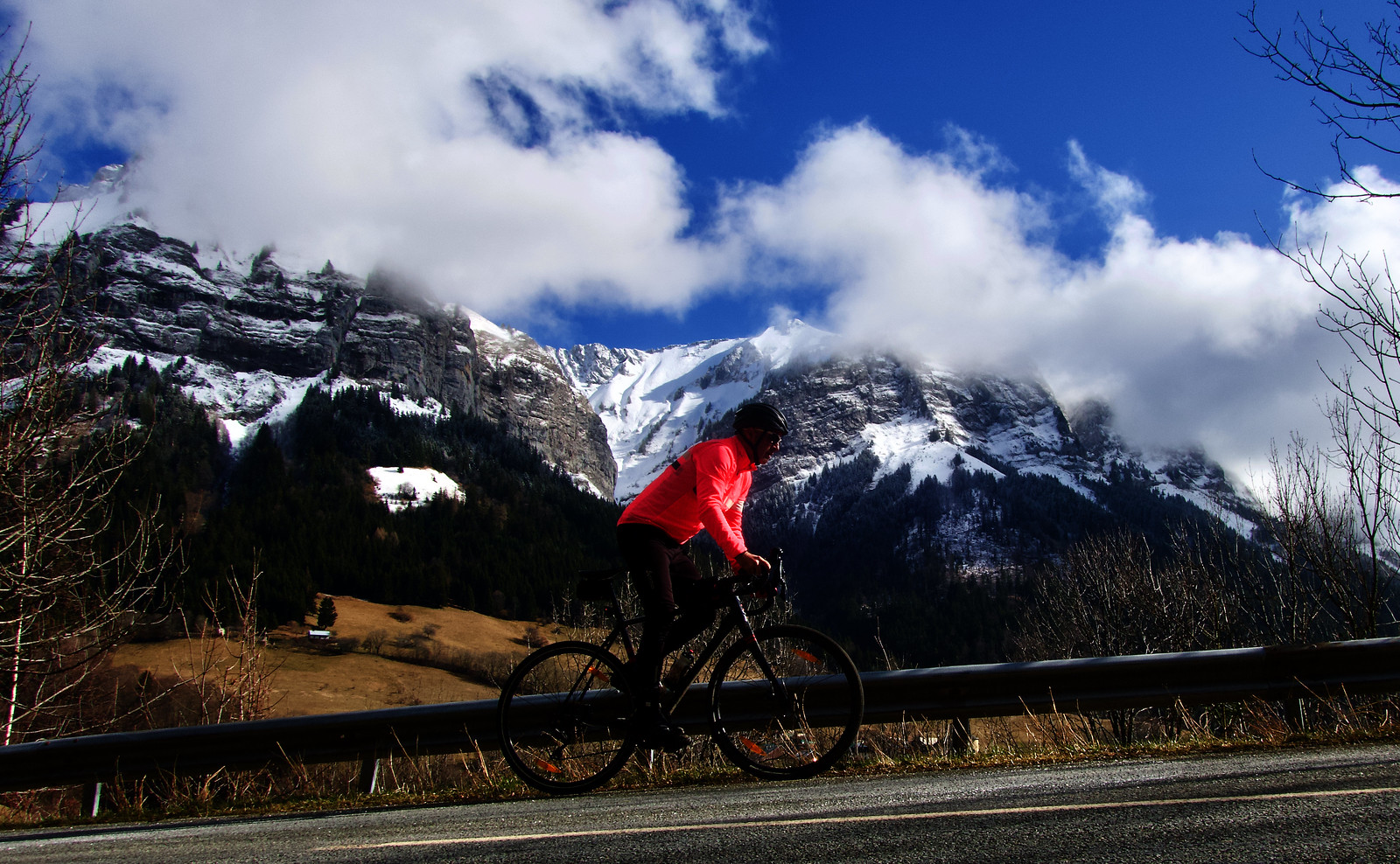 The final stretch just before the col is next to a tiny ski station that was completely closed. Not even remnants of snow. It has been far too warm this February. 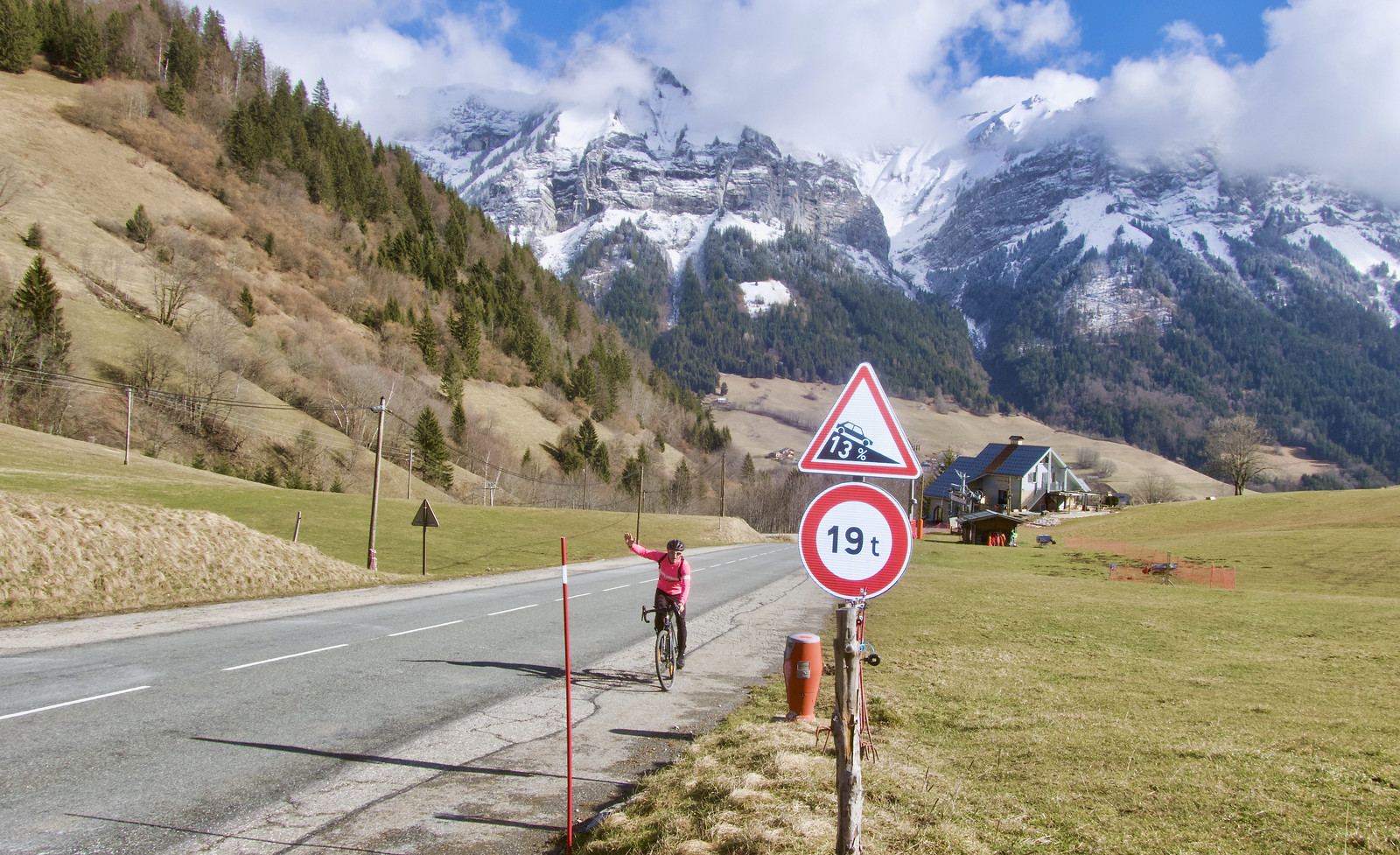 Steep with a view. There should be snow here!

At the summit are a couple of restaurants and the standard, brilliant view of Lake Annecy. 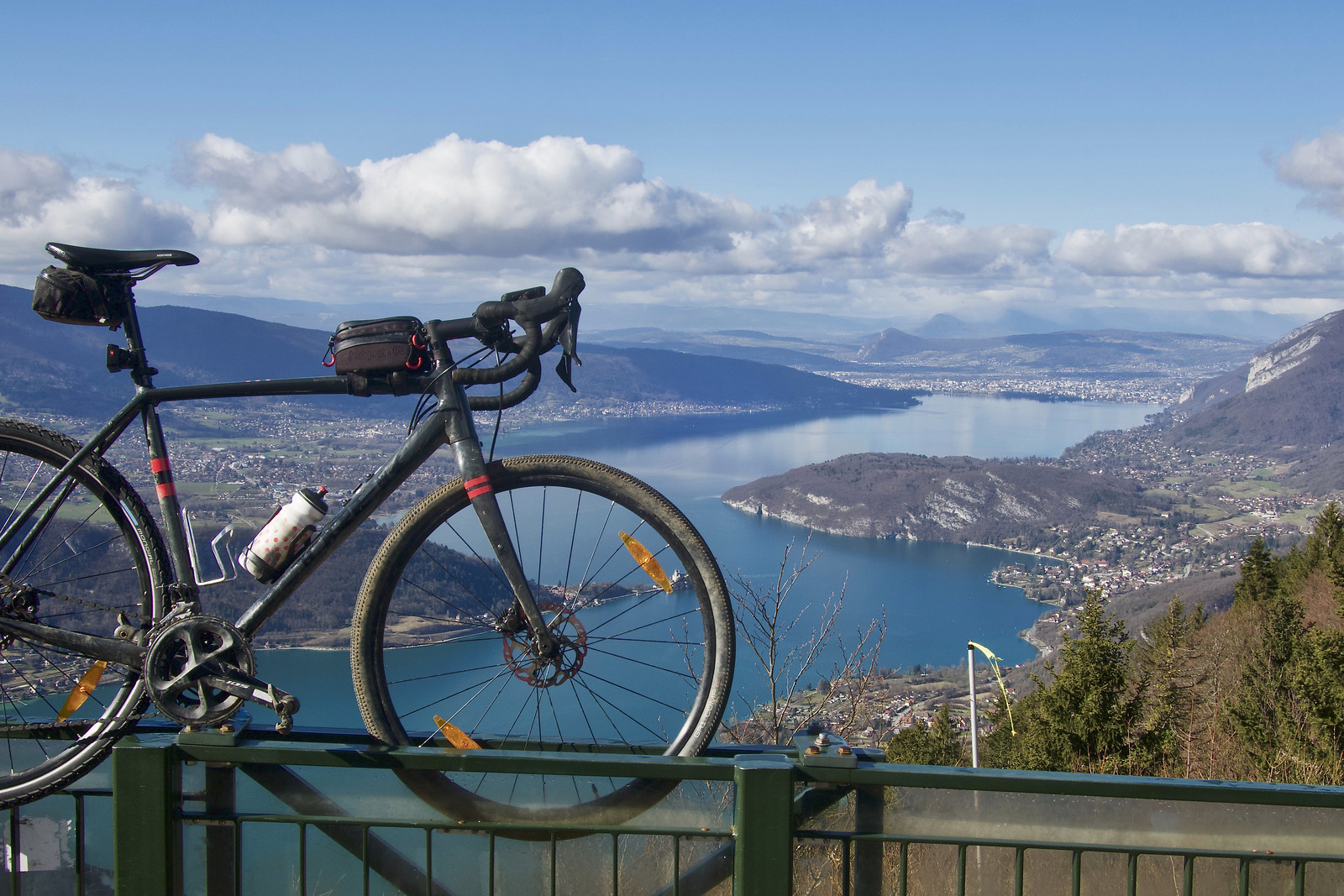 But exactly at the col is a little road that heads higher. First, to a couple of touristy restaurants, and eventually to a gigantic take-off point for the parapenters. This extension is a touch more than a kilometre and crazy steep: +20% steep in a couple of places. But, the lake views are even better here. 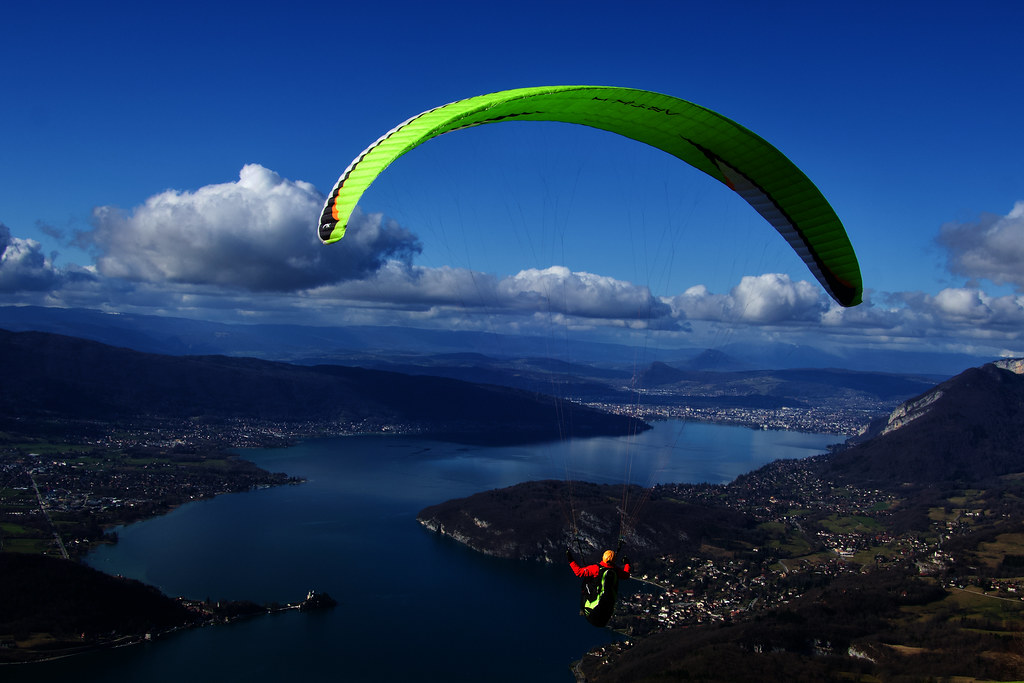 There are a couple of challengning mountain bike options to get into the mountains above here and visit a couple of Cols via different routes. See here and here.

The north side descent is also steep. The key is keeping your eyes on the road and not the lake. I didn’t take any photos on the way down, but here’s a good one from last year when more than halfway down.

Note, while some of the east-side beside the lake has bike paths, between Menthon and Veyrier the road is fast and always busy. BUT, if you look closely at the map below, I followed some tiny roads between these two towns for a quieter, scenic but narrow option that cycles past/behind some of the posh lakeside mansions. My detour, though, is much slower than the busy road. You choose.

Wooohooo! My first Alps ride in 6+ months. Felt “ok.” In other words, I felt great! 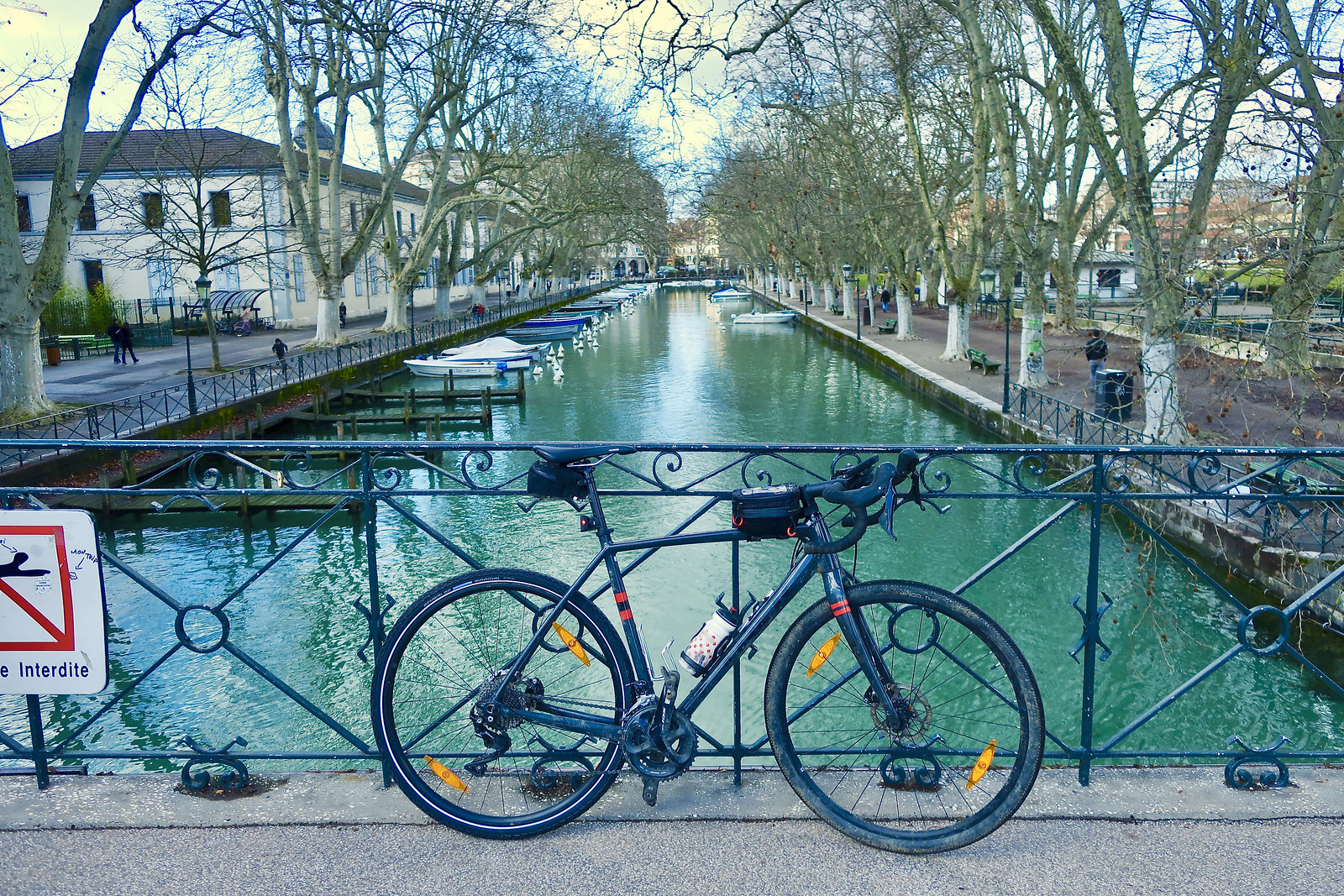