There are several fabulous old military gravel rides high above Lac du Mont Cenis, but the “road” to Col de la Meta is a ski-lift service road. I started in Lanslebourg, in the Haute-Maurienne. The south side of Col de l’Iseran (highest paved mountain pass in Europe) also begins here.

I would begin by climbing the paved road to Col du Mont-Cenis (2083m). See here for details of the three paved sides of Mont Cenis (the two Italian options are huge). Perhaps a half kilometre before the col and lake I turned left onto a gravel farm road and the real fun begins (see map). 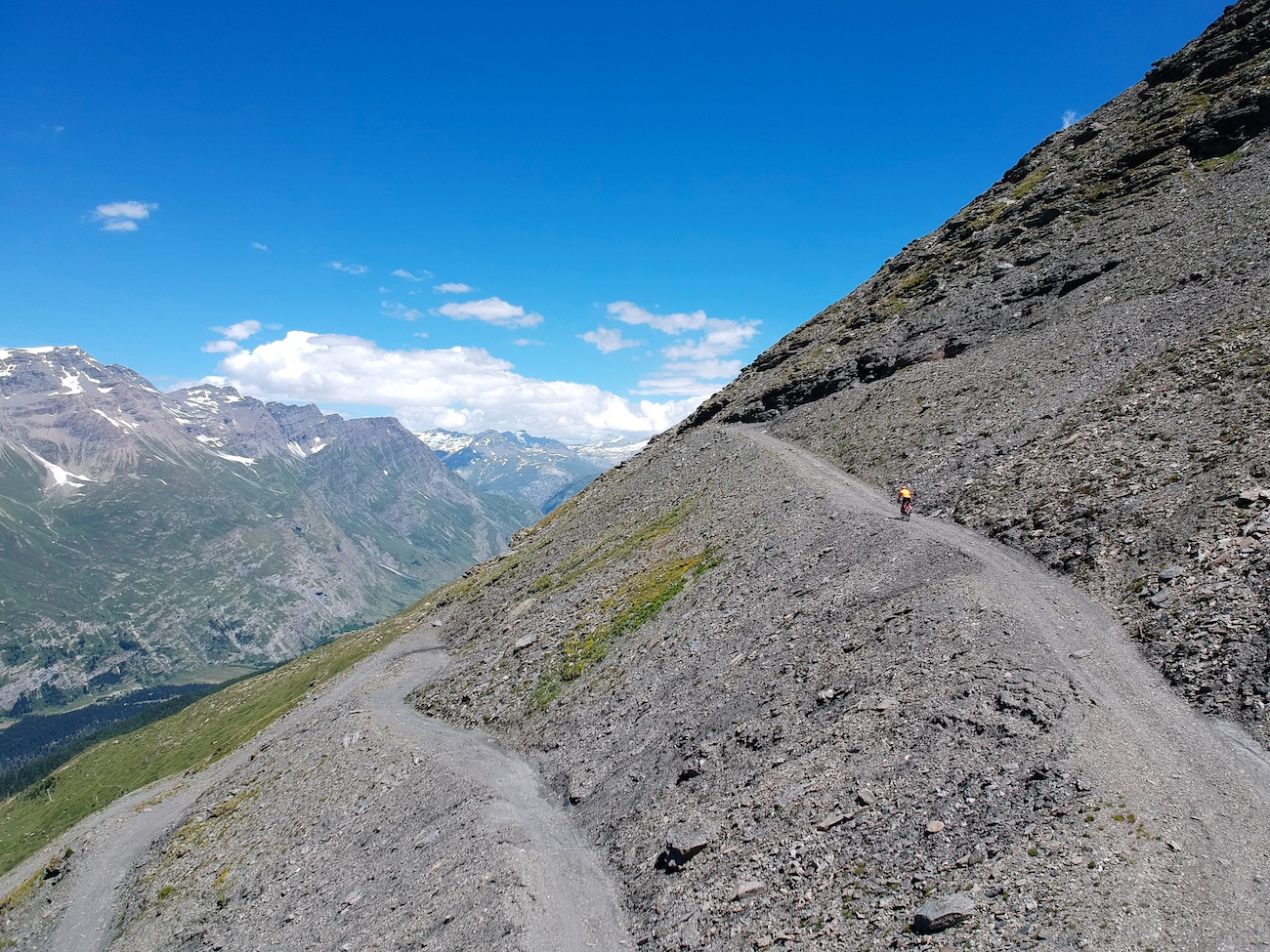 This is a fun climb. Completely deserted and almost completely rideable, although it briefly became +30% or so on a slippery surface – so there was some pushing. 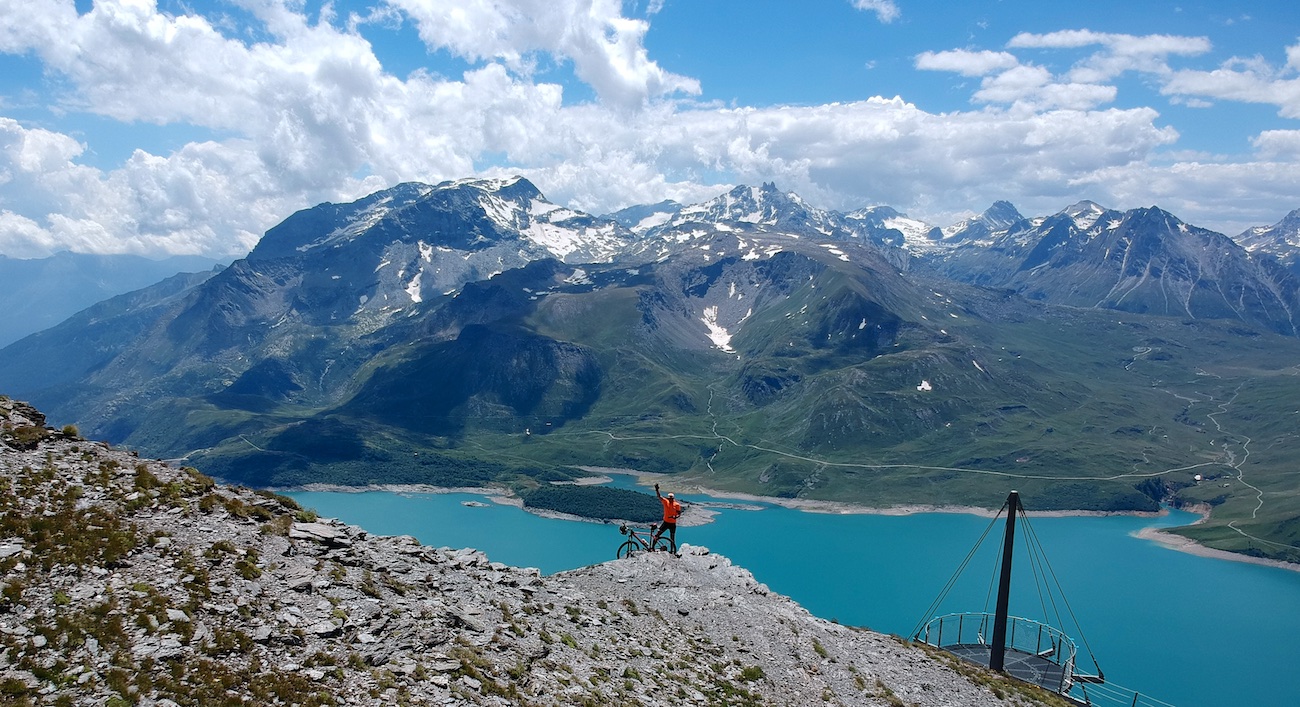 I wanted to also visit Col de la Tomba (2635 metres), so I descended a ski piste eventually reaching the col and a fun ridge. 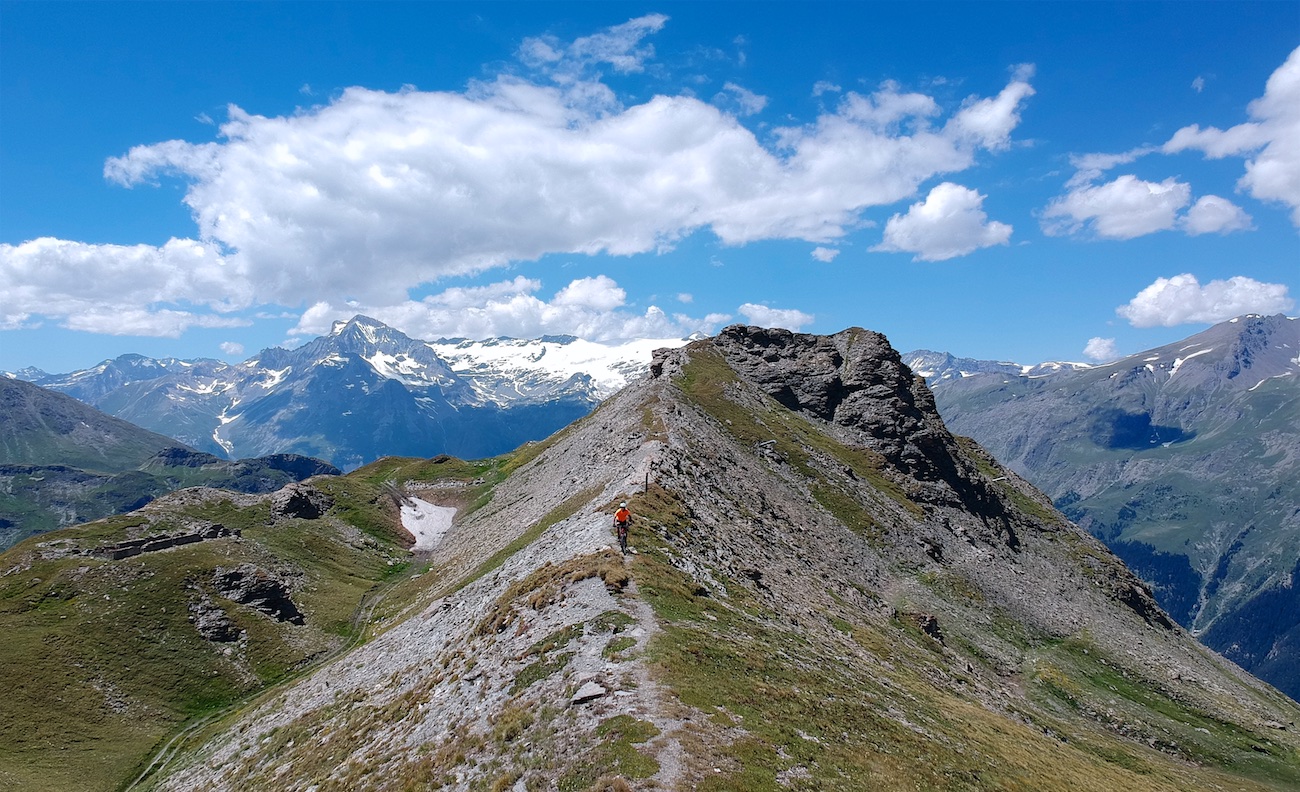 I believe it’s possible to take a hiking trail down to the lake from here but I am not certain how steep or crazy it is as I couldn’t see far along it. Another option was to double back, but I wanted to try and find another “road” I’d seen while climbing. So I continued heading down a ski piste. It’s a red so often quite steep and I walked much of it. But I eventually reached the “road.” It seems mainly built to help skiers traverse a steep stretch. Very fun on a bike: 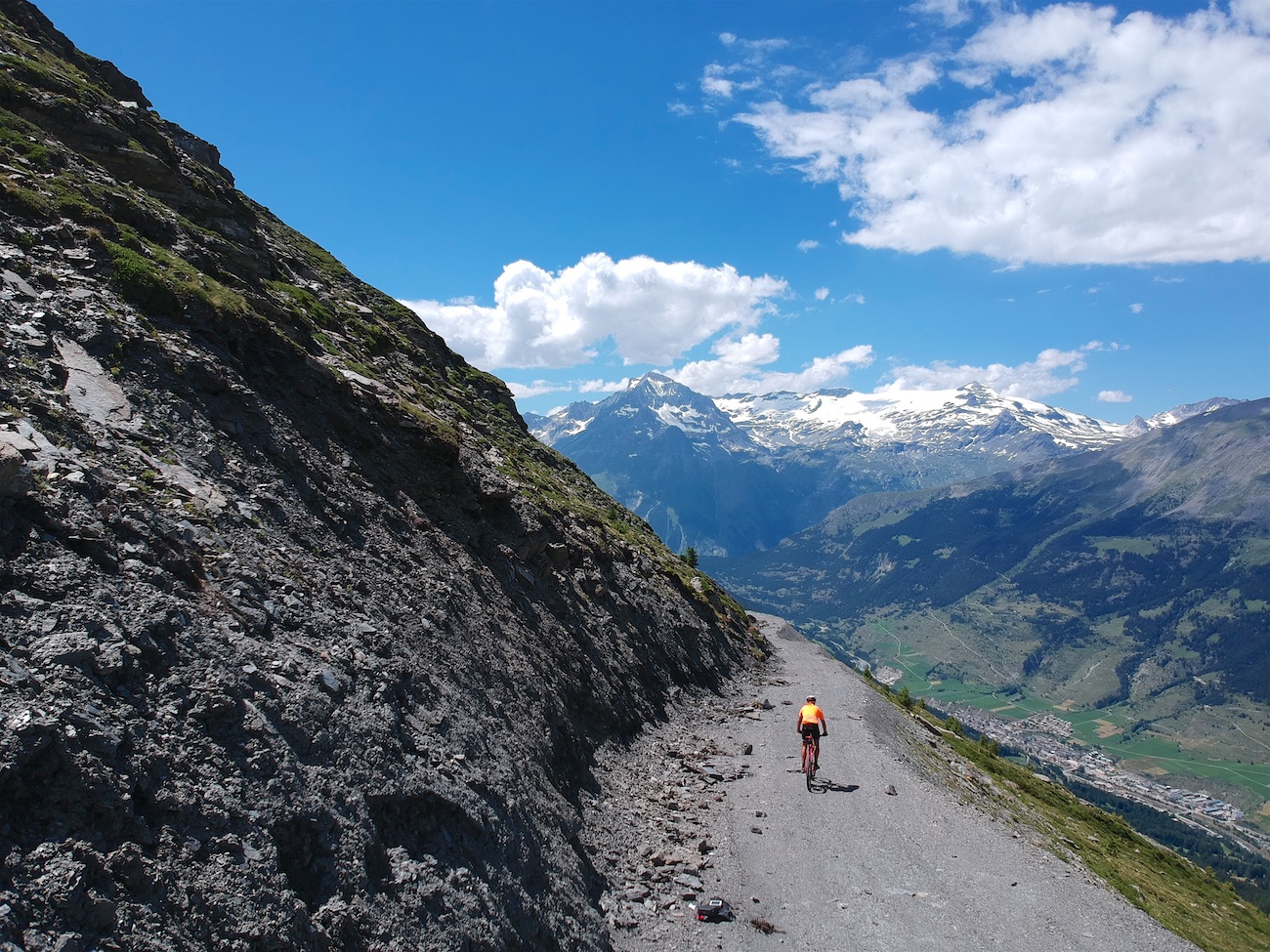 I rejoined the paved road near Col du Mont Cenis and had a think of what to do next. I had another climb idea but was feeling tired but still enthusiastic. So I decided to do a loop around the lake. The main paved road is on the east side with a few restaurants, and plenty of cows. The dam is on the south side of the lake. To reach it, I descended a gravel road. The dam itself, and the west side of the lake is all rough gravel. Fun riding.

After World War 2, as part of the peace process, the summit of many passes on the Italian French border became completely French. So the lake/dam is entirely in France, and the border is a couple of kilometres down the Italian side below the dam.

There are old forts all over the place here. Just above the lake, and high on both sides. I have reached Fort de Ronse on the east side – see here, but hope to someday climb to Fort de Malamot (above 2900 metres), on the west side.

The rough surface on the west side means it’s scenic but deserted.

I love this region. One day, I’ll put a map together with all the great rides here, paved and gravel. Here are two more incredible unpaved climbs to very high old forts above Mont Cenis to the north:

A fun 3D video of the route: 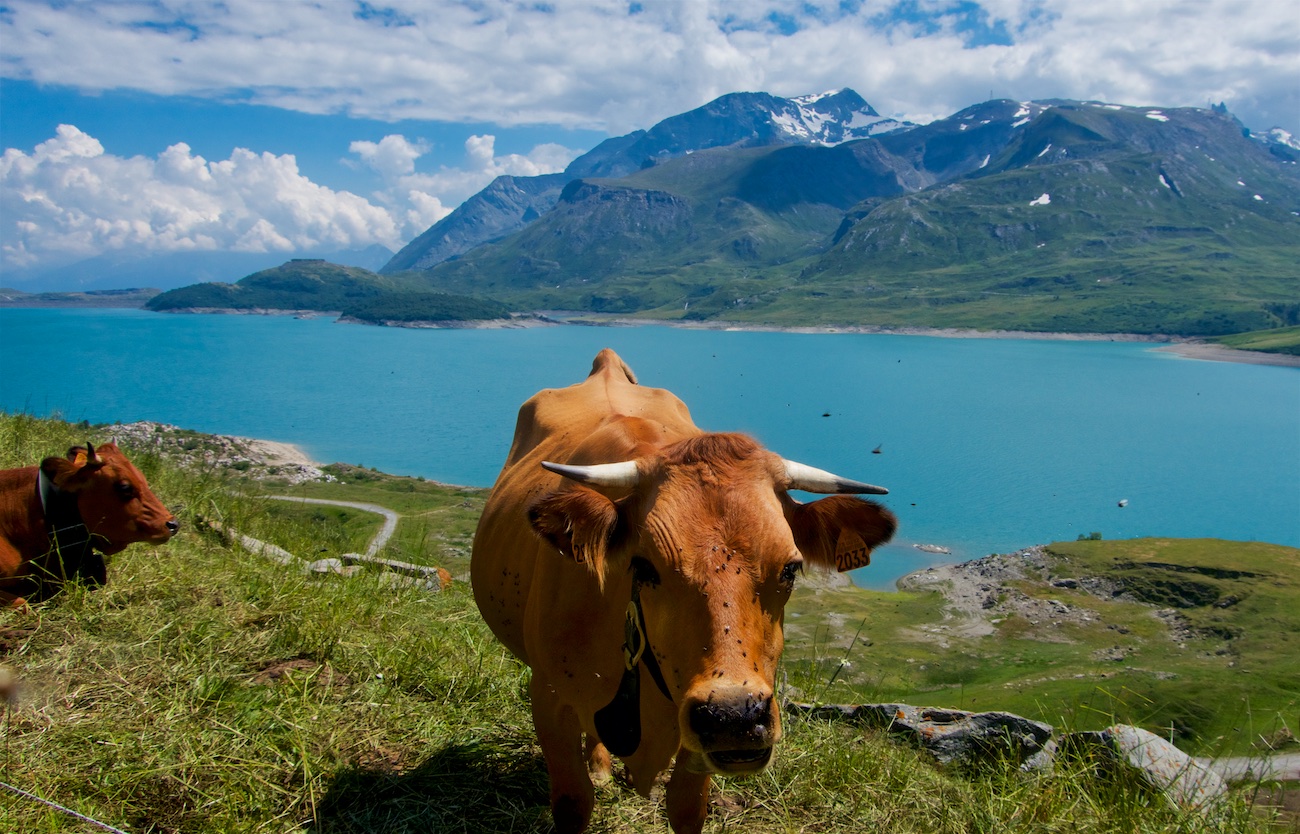 Yet another super high, super scenic gravel climb above Lac du Mont Cenis. And a worthwhile lake loop as well.