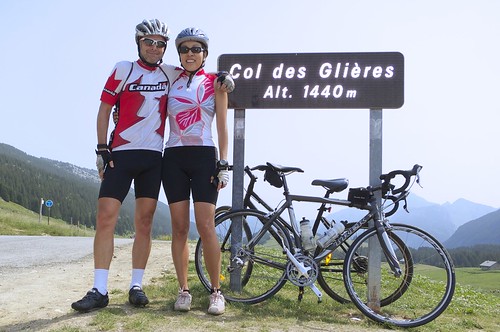 Saturday morning Doreen and I cycled Col des Glières on another special bike-only day. For a list of more Cols with these special days see here.

The ride up to Col des Glières is improved immensely by banning cars as there is often on weekends a steady supply rushing up the lovely route to the beautiful plateau at the top.

It’s quite a challenging climb, that winds its way up the side of a cliff, with lots of great hairpins to keep one motivated. I’ve lost a lot of weight recently and it certainly helped me on the steeper stretches. I climbed at my limit to the col sign and then doubled bike to finish the route with my brave wife. 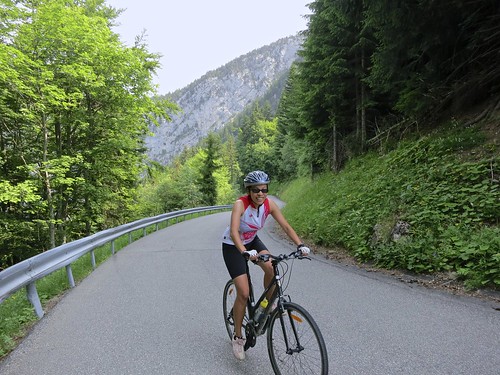 We often cross-country ski here. And it’s a favourite loop of mine in winter to cross over the plateau.

Up top is the Plateau des Glières. During WW2, this plateau was generally inaccessible in winter and the Maquis (French resistance) used it as a base and for weapon drops from the English. It was the site of one of the biggest battles between the Nazis and the Maquis, with 149 of the French resistance killed in March 1944. 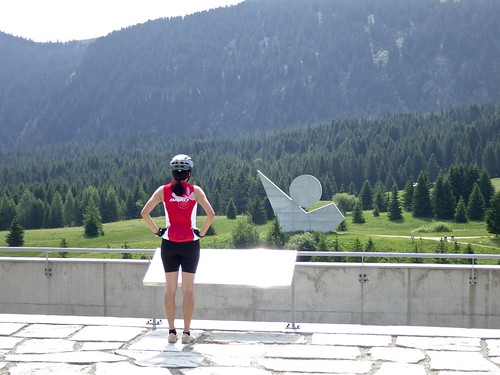 At the Col the paved road ends. There is +2 km gravel stretch that then links to the paved route from the even steeper Petit-Grand-Bornand side.

There is also a very interesting mountain bike route up to the Mountain des Auges above the Plateau that then descends down. See here. .

Details of the steep east side and video descending the west side is here.