Col du Galibier is still officially closed above the tunnel, but I thought I’d have a look, to enjoy the snow and see if I could reach the summit. I’ll keep this post short as it was overcast , and I’ve probably written far too many articles about this great climb. But hopefully the photos below are worth sharing.

Some old Galibier posts that might be of interest: 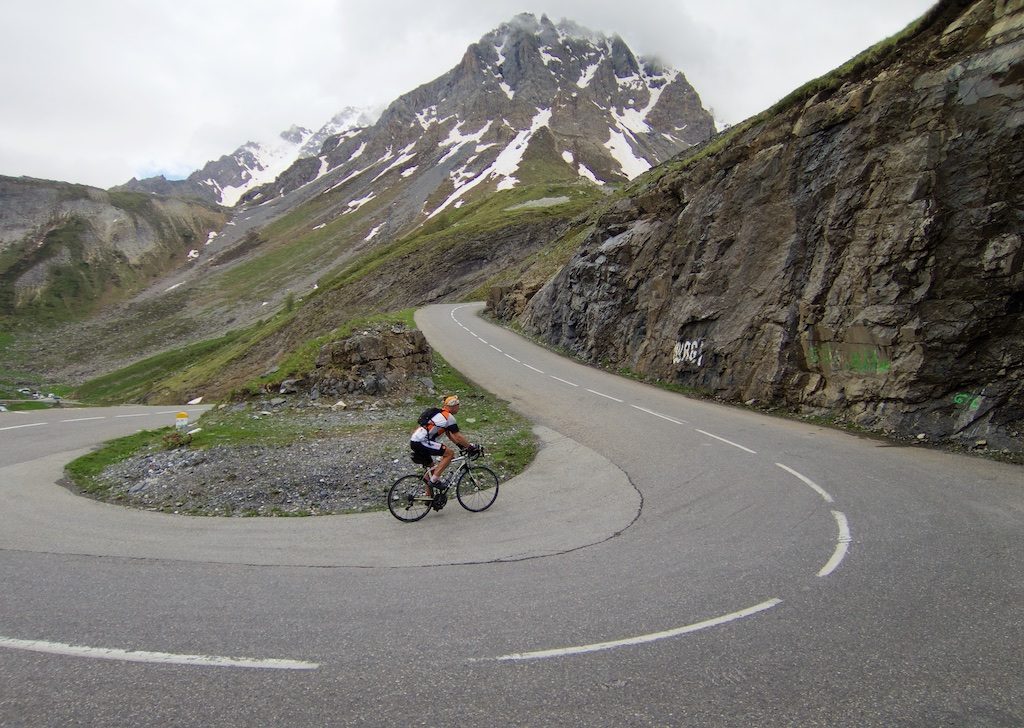 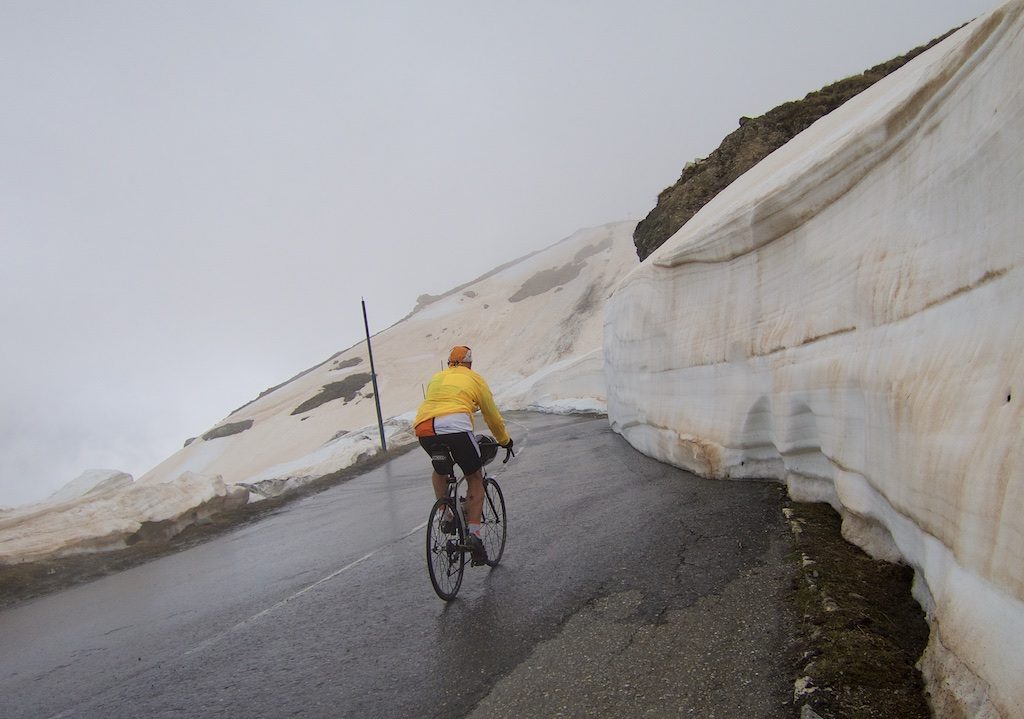 Reaching the snow 2.5 kms from summit.

Above the tunnel was fenced off as closed, but a couple of cyclists were descending and told me it was possible – just a small snow portage.

Still some snow on road 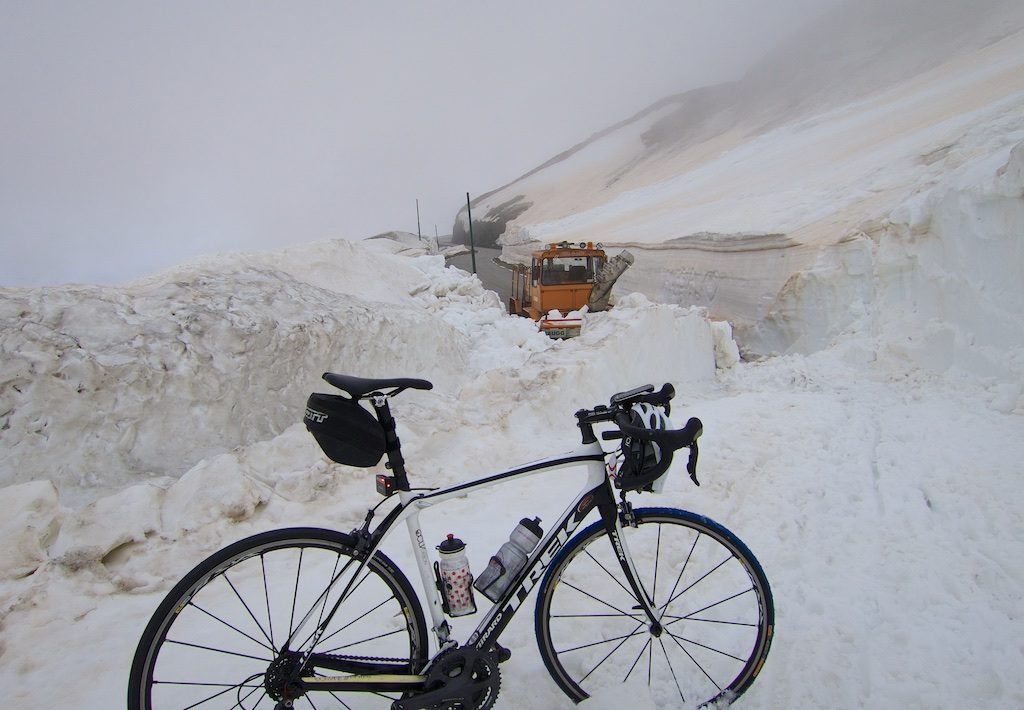 Above the snowy road: 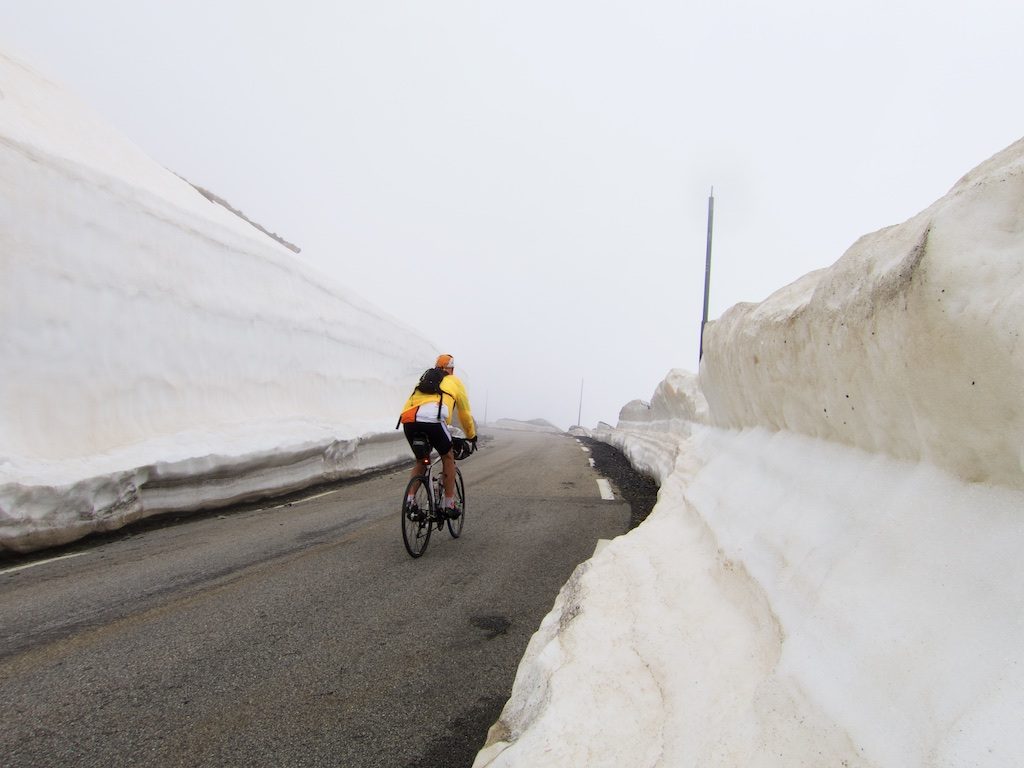 I reached the top, and took some celebration photos. It was windy and cold. Maybe 2C. I’d expected sun and only had a couple of jackets, so I decided to head back down the north side, but the snow-plough guys were back from lunch. Unpassable. Oops. So I descended the south side and waited for a car so I could follow it through the unlit (usually it’s lit), long, narrow, tunnel.

Back on the north side there was a very disappointed tour group of Flemish riders that couldn’t get past the ploughs. After some discussion ….. through the tunnel and up the south side became their plan.

As I descended it started to rain. Luckily, not heavily until Valloire where I took cover for 15 minutes. No worries. But I was lucky to be off the summit. Brrr.

Not the best weather, but always fun to visit Galibier in the early season. 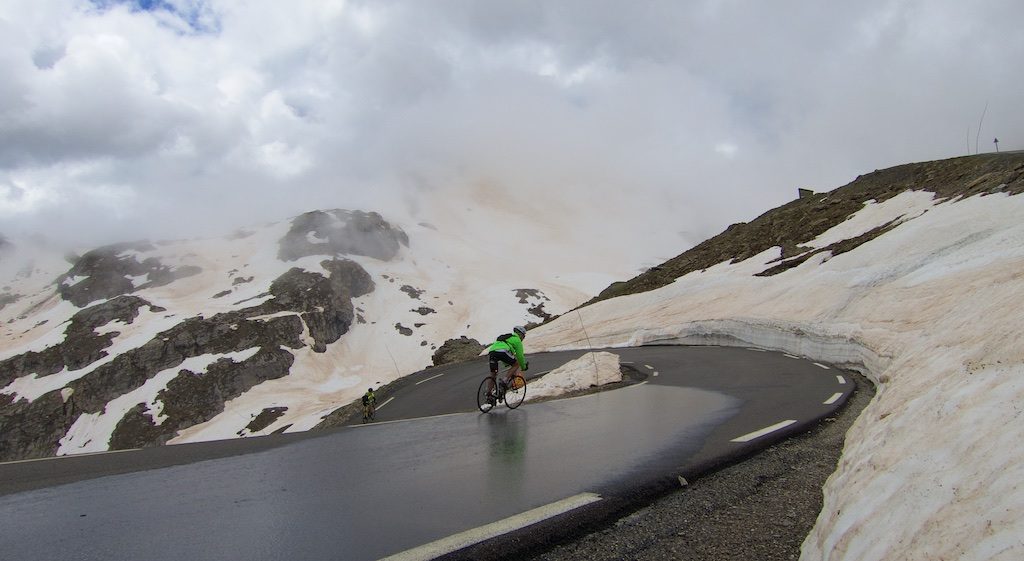 Finally, on the way home I had the good fortune to bump into the the very talented Professional Photographers Jered and Ashley Gruber. Fun chat, very nice people. 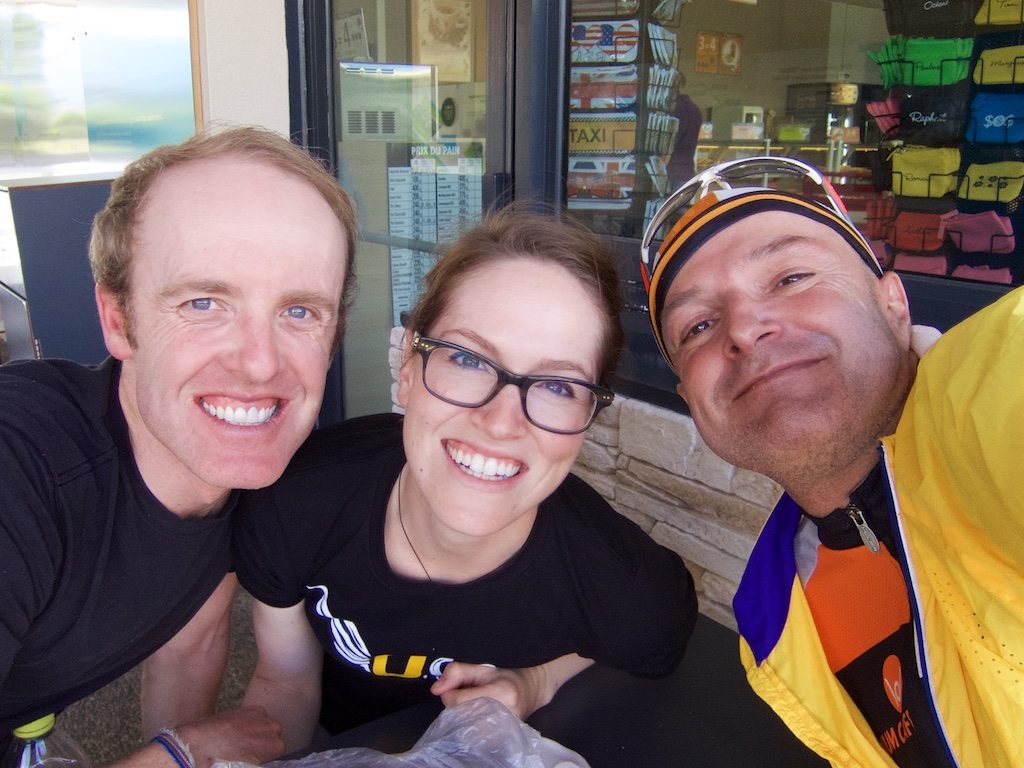