Some shameless Col hunting in the north-west corner of the French Jura mountains. 6 very low cols (all marked on map) on a pleasant loop. The highlight? Briefly cycling through the Gorges de l’Ain.

L’Ain is the French department just north/west of Geneva.  It has 33 official and signed road bike routes.   The routes range in difficulty from easy in the super flat, man-made-lake Dombe region to some of the toughest climbs in France in the Haut-Bugey section of the Jura mountains – for example the legendary Grand Colombier (2016 Tour de France).

You can order little brochures for all 33 routes from the official tourist web site here.  They include map, profile, key sites, etc. Route info and GPX files also available for download.

Note:  The routes are signed but not perfectly (this is not Switzerland).  Without a gpx or a route map, you will likely get lost

The route is generally on typically quiet Jura roads, although it’s briefly a slightly faster road (nothing remotely terrible, but I am fussy) as I detoured to the brilliantly named Col de France (371 metres).

Forty-three kilometres into the route is a brilliant descent into the Gorges de l’Ain, down beside the Ain river. 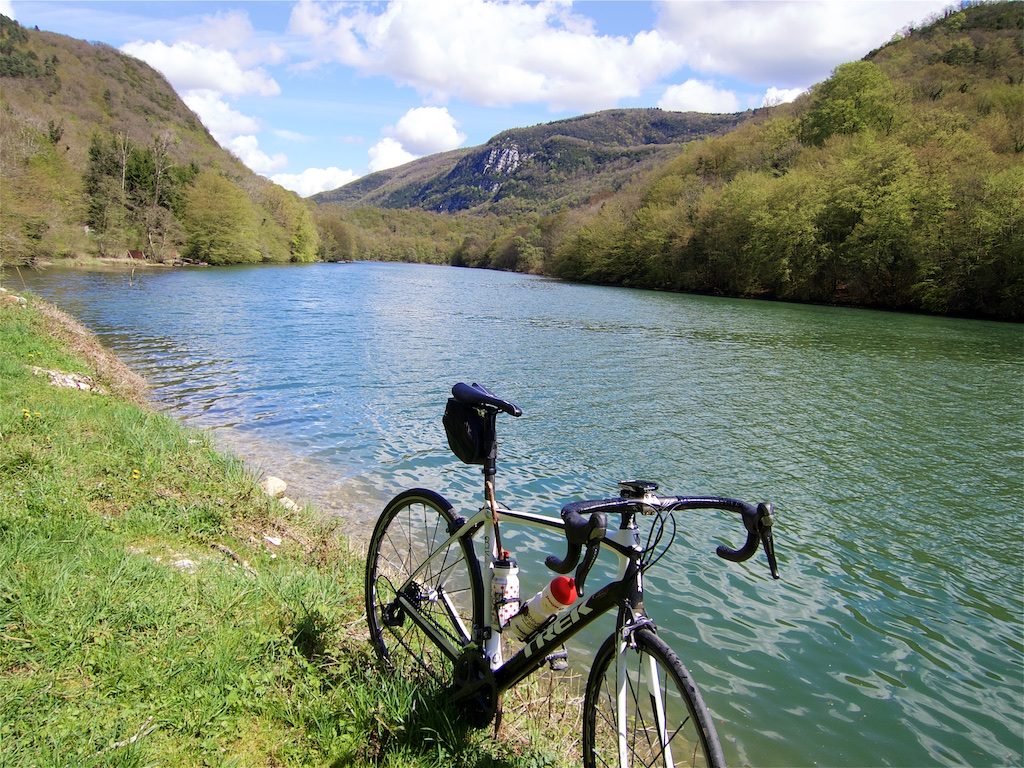 Further through the gorges is the Viaduc de Cize-Bolozon. Built in 1870s, it was destroyed by the French Resistance during World War 2 – and then completely rebuilt post-war. Now the high speed train (TGV) uses the top track.

I always enjoy a chance to shamelessly add (6) new cols to my list. But the highlight of this route was easily the Gorges de l’Ain. I plan to return here and cycle the official l’Ain route #22 which rides along much more of the Gorges, on both sides, and over the Viaduc. You can find some more info here – see site’s right sidebar for downloads.