Lac de Castillon, just above the Gorges du Verdon, is an artificial lake created by the dam of the same name: Barrage de Castillon. In fact, the dam here has basically widened the Verdon river into this beautiful lake.

This 101 kilometre loop visit five cols – see map. Starting in Castellane, the route almost immediately turns onto a very quiet road that heads past another dam and the lac de Chaudanne. From here begins the climb to Col de St. Barnabé. This is a great little climb. Very quiet, with lovely views of the lake as one gets higher. Perhaps 5 kms from the Col, the road splits. My loop went left, but of course I did a quick there-back to visit the Col.

Next, the road descends some great hairpins to Lac de Castillon. It’s beautiful. Several kilometres run alongside the lake and then the route cuts up to Col des Robines. It’s not a small road, and I imagine that there is much more traffic in summer, but it’s wide, and I didn’t meet too many cars. 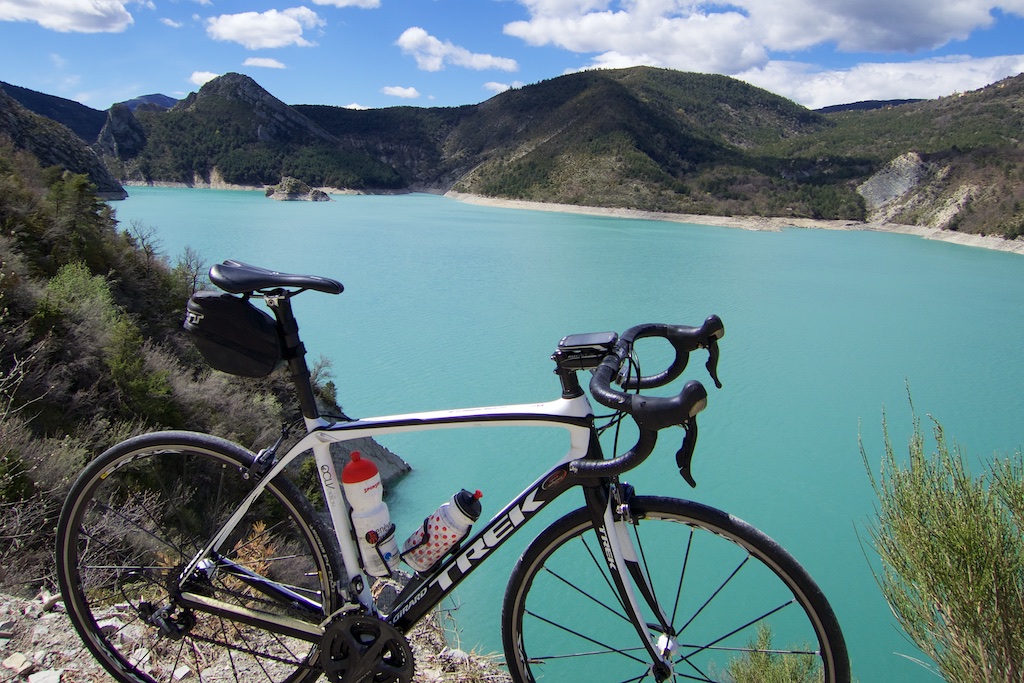 At Barreme, I turned left onto the route Napoléon. Here the climb to Col des Lèques gently begins. It’s not the toughest col but has some superb stretches especially the Clue de Taulanne.

The descent from Col des Lèques to Castellane is very nice. Lots of sexy hairpins:

Exactly where this loop begins/ends also happens to be the start of a climb to two more cols. I still had a little juice in my weak legs, so I had a snack and headed up again. The road is basically the quickest way to Lac de Castillon from Castellane. But at Col de Cheiron I turned onto a smaller road and headed higher to Col de Baume. Not too far, but a nice enough climb.

I could see some huge, huge religious looking monuments further in the distance. I had also seen them high above Lac de Castillon much earlier in the day. So I kept going, finally coming to some strange, multi-religious site. It was fenced off and required a ticket when open – only for an hour a day. I had seen no official signs to it and wondered if the local tourist board frowned upon it. I later learned that it was the site of some religious sect that indeed was not super popular with the locals. Called “la cité sainte du Mandarom Shambhasalem.” More info here. 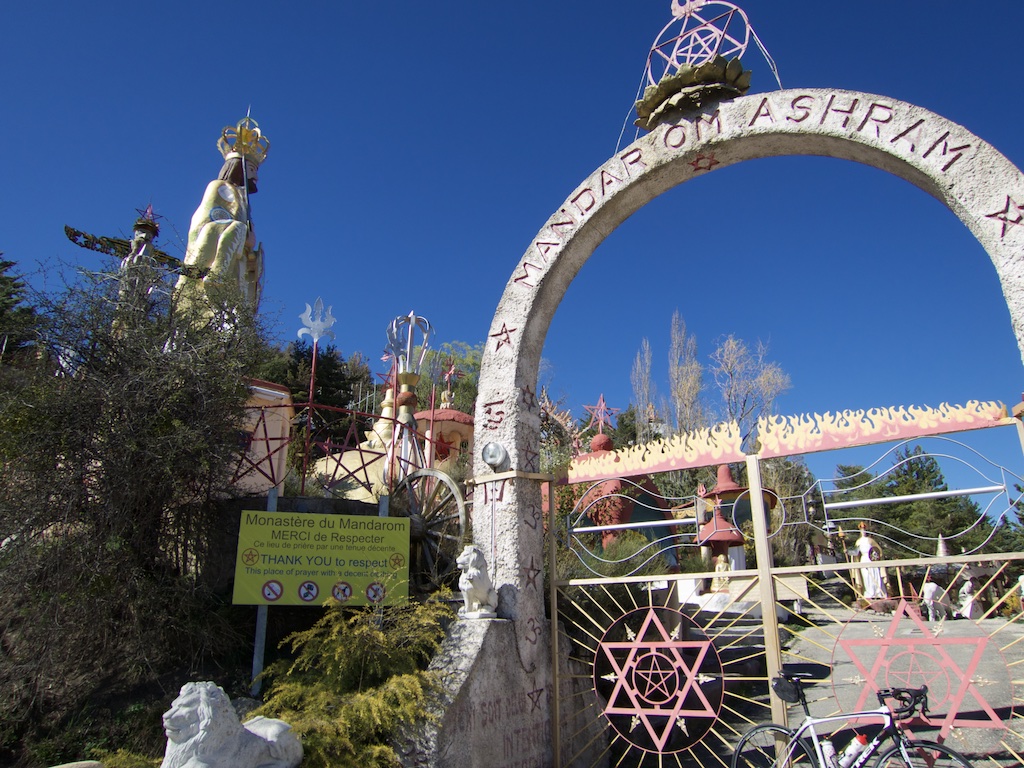 Anyway, the road ended here, so I descended back to Col de Cheiron. Realising I was close to a 100 kilometres, I had no choice but to ride a final detour: to the dam itself at Lac de Castillion, before descending back to the start.

This was a very fun loop – and a good warm-up before attacking the Gorges du Verdon. I wonder if it might have a lot of traffic in summer, but for me, in April, it was generally quiet.