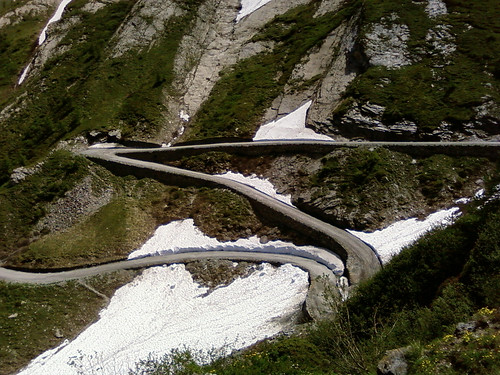 The Giro announced it’s 2011 route yesterday. In recent years, the Giro has been the most exciting of the Grand Tours. And 2011 looks like another innovative, mountainous route – complete with several unpaved stretches. See here.

One climb caught my eye. Colle delle Finestre will feature on the 2nd last day. This giant is near the French border and the closest stage to me.

I’ve never climbed Finestre – it is now at the top of my to-do list. . Update: For a video of me climbing Finestre – see here – two days before the 2011 Giro.

But as luck would have it, my faithful Belgian domestique (good friend Eric) cycled it last year on one of his famous multi-day sleep-in-the-wild jaunts from Geneva.

He has been kind enough to let me post a few photos. Bedankt. Although just from a phone camera, it’s clear what a beautiful climb this is.

The Colle delle Finestre has appeared one other time in the Giro – in 2005. There are a couple of monuments celebrating Danilo Di Luca as the first rider to reach the summit – photos below.

The lower part of the climb hairpins up through the woods before getting above the tree line: 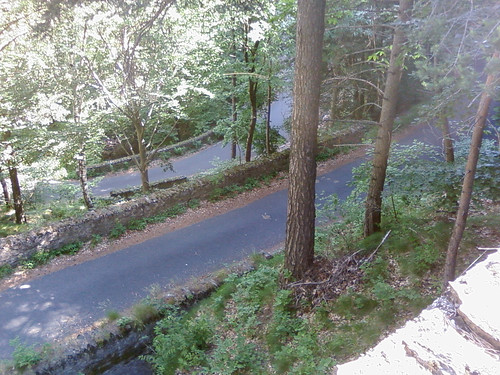 The top half of this monster climb is unpaved, exciting for a pro race: 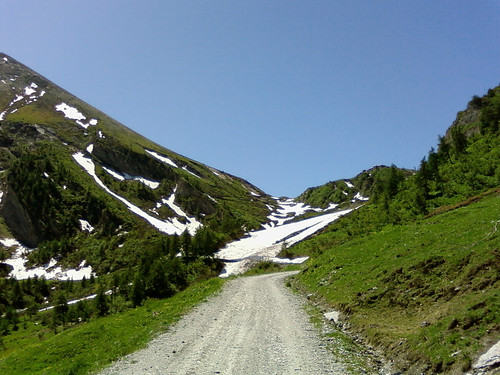 Clearly this is one of those climbs that just keeps getting better the higher one gets: 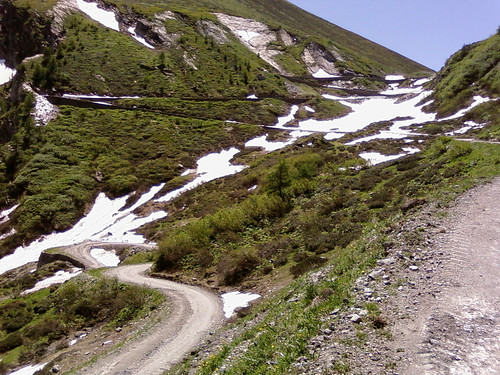 Don’t be surprised if we see a lot of snow during the race next May: 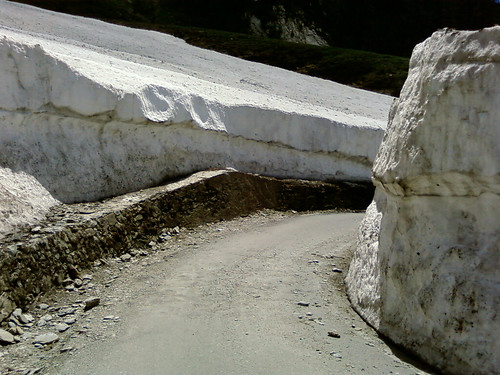 Thanks again to Eric for letting me use his photos. I’m looking forward to cycling this with him in 2011.