Trending
You are at:Home»Alps»Mountain Bike»Fort de la Platte (and above) 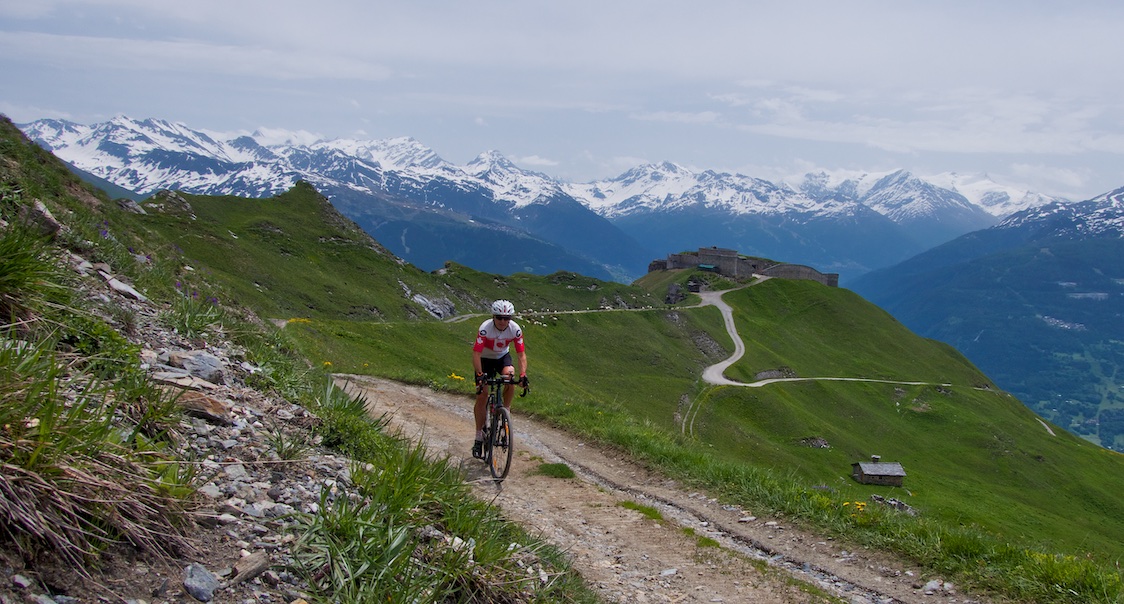 Fort de la Platte behind me

Fort de la Platte (1993 metres) was built in the late 1800s when France and Italy were busy fortifying strategic points along or near their Alpine border (it is also known as Blockhaus de la Platte or Fort des 2000). Today the Fort is private property and the owners make and sell Beaufort and goat cheese there in summer. The cannon platform is now a soup garden. 🙂

See here for an even higher ride to a nearby fort above Col du Petit St Bernard.

Starting in Bourg St-Maurice the climb shares the first two kilometres with Cormet de Roselend but then turns onto a narrow, quiet, hairpin-filled route. I counted 35 hairpins, although it could be far more depending on how you define hairpin. 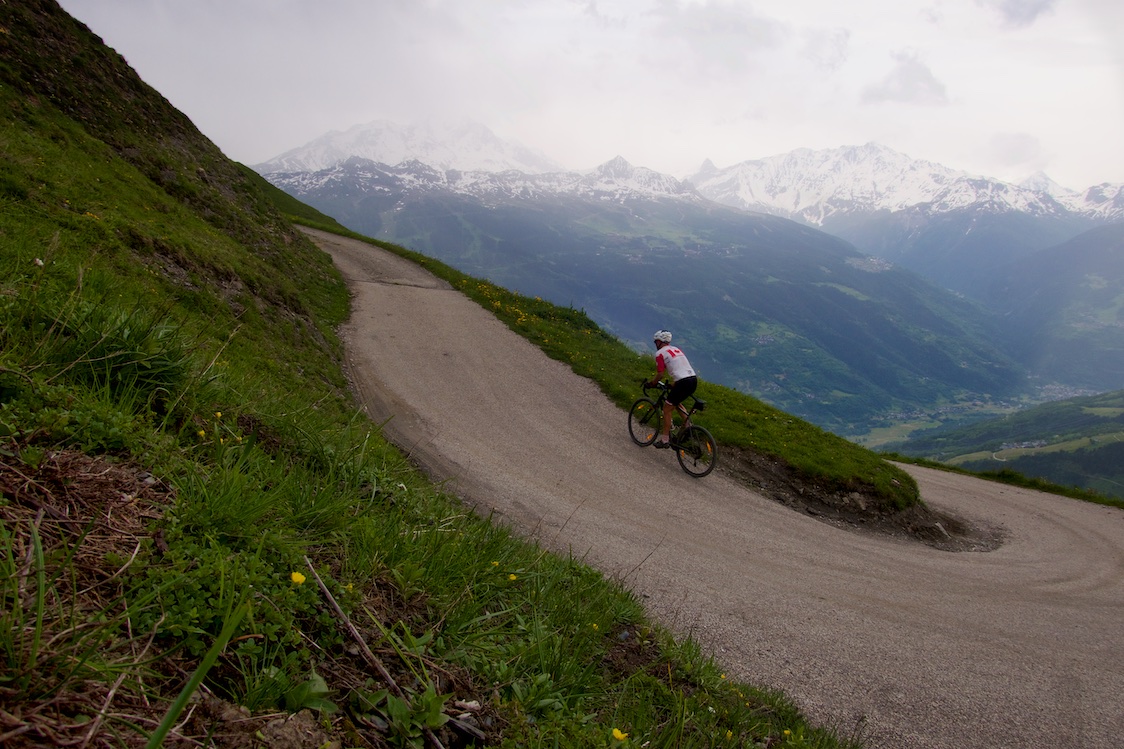 The first 10 kilometers or so are generally paved, but then the route gets far steeper and unpaved.

Some ramps are in the high teens. But beautiful and completely car free. 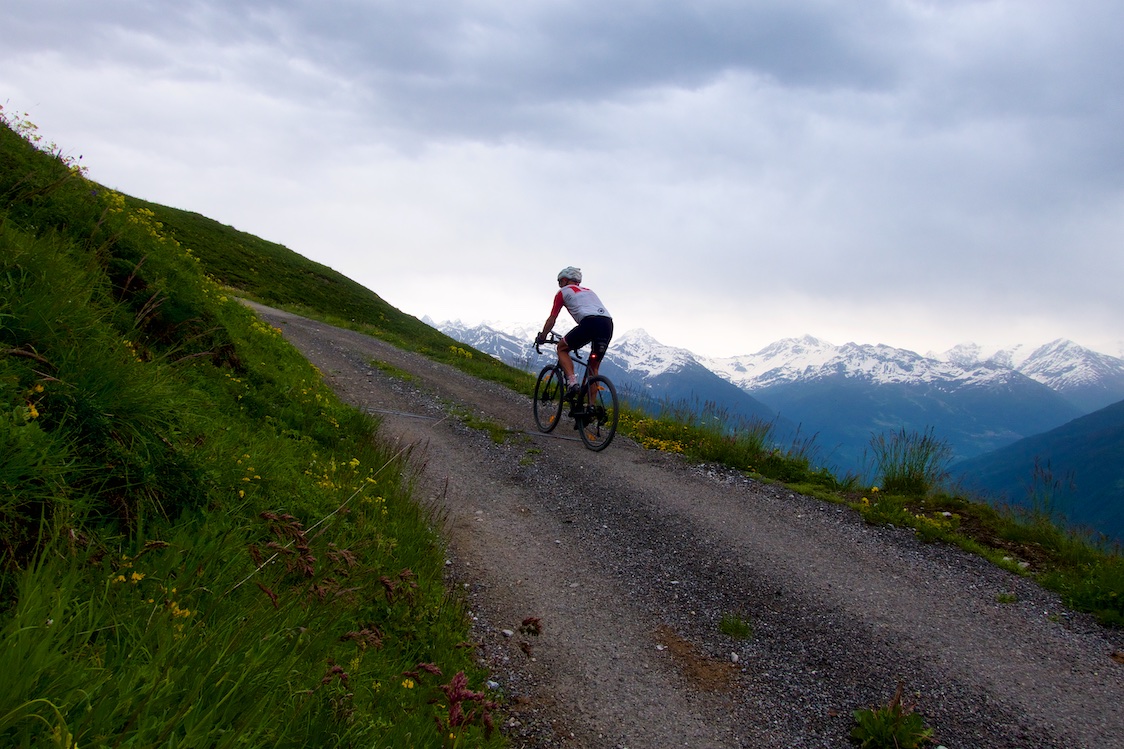 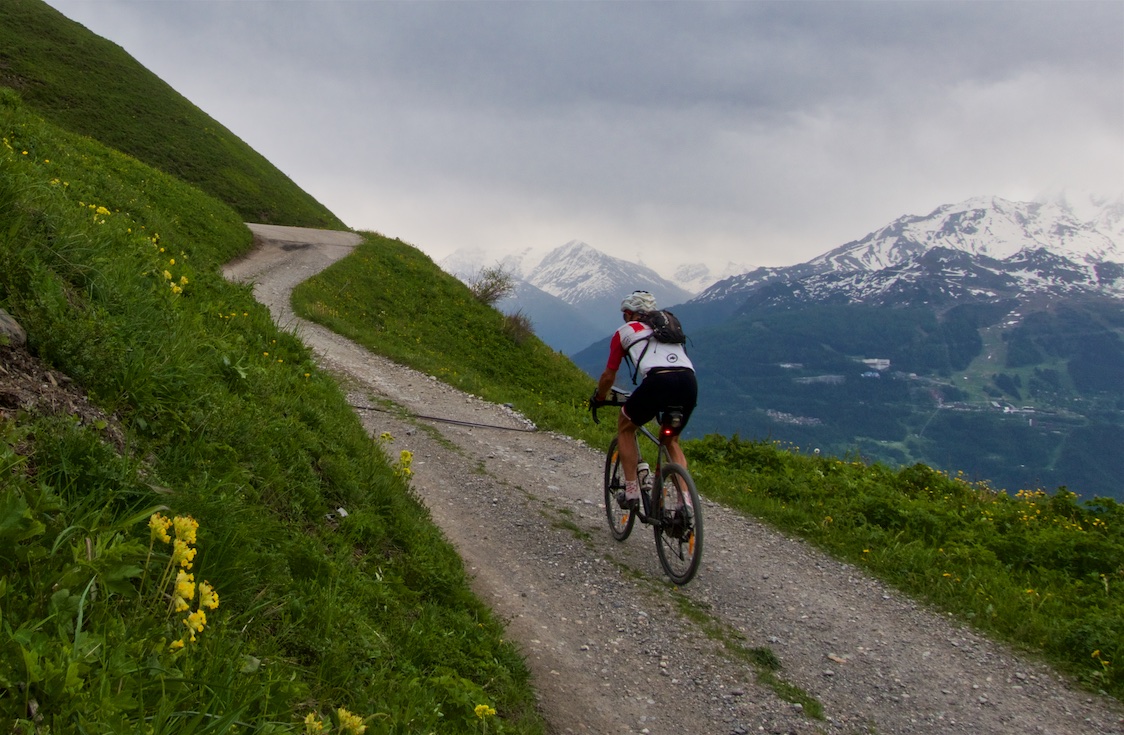 The fort itself was guarded by a batallion of goats: 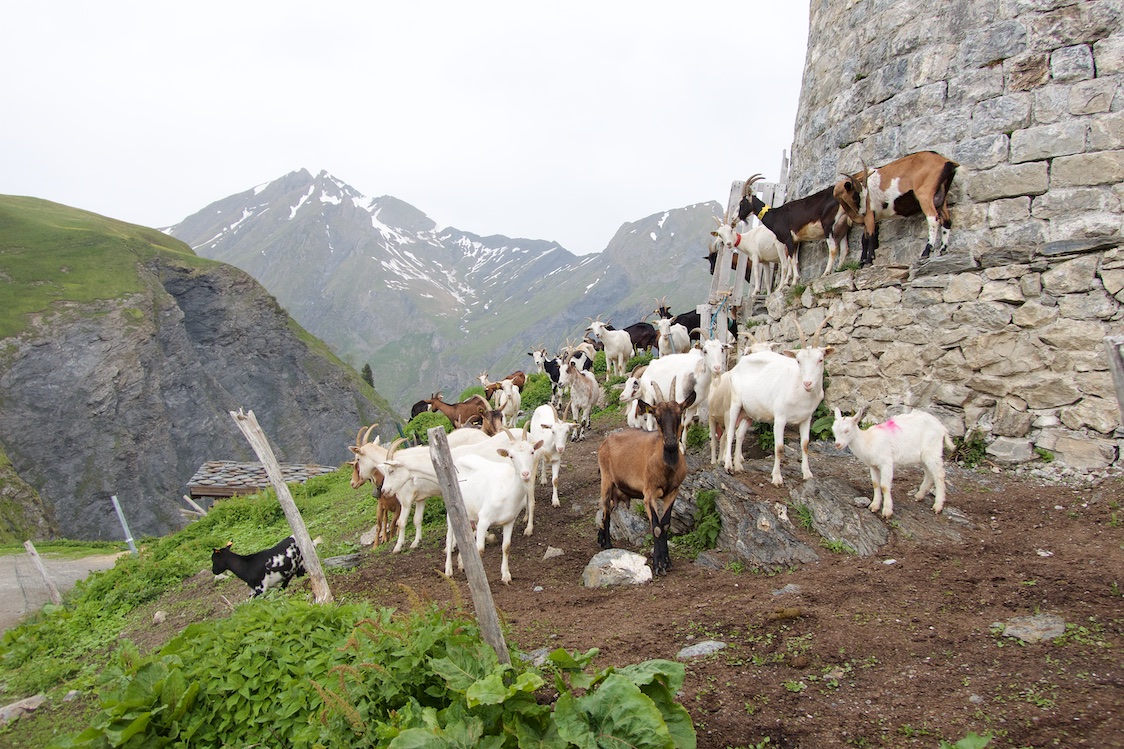 My plan had been just to reach the fort, and the skies looked threatening. But the forecast was good and there was an obvious route higher. So I kept going: 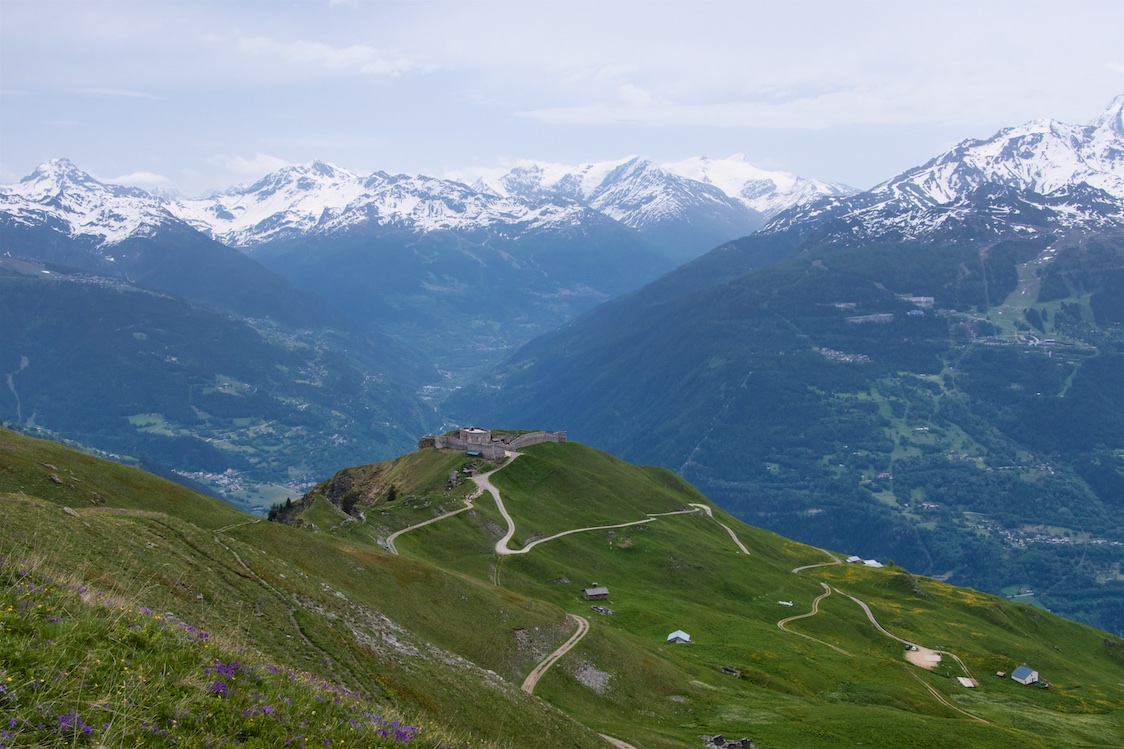 I pulled out a map and had a closer look after seeing hiking signs to Les Cinq Lacs. I could see that I wasn’t too far from a couple of these lakes so that became my new goal. I ran into some snow but walked around this to finally reach the lakes: 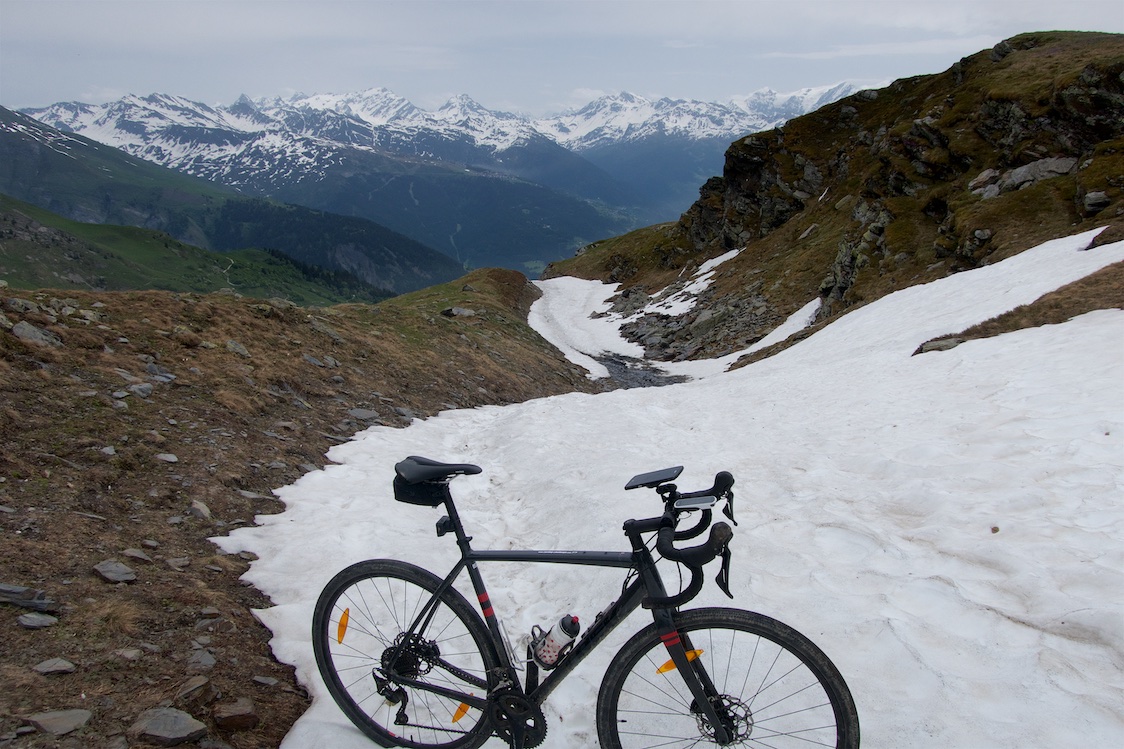 Unfortunately, one lake was compeletely empty and the photo below was the other. Oh well. Perhaps more impressive later in the season. I would later find out that the actual 5 lakes are still higher. 🙂 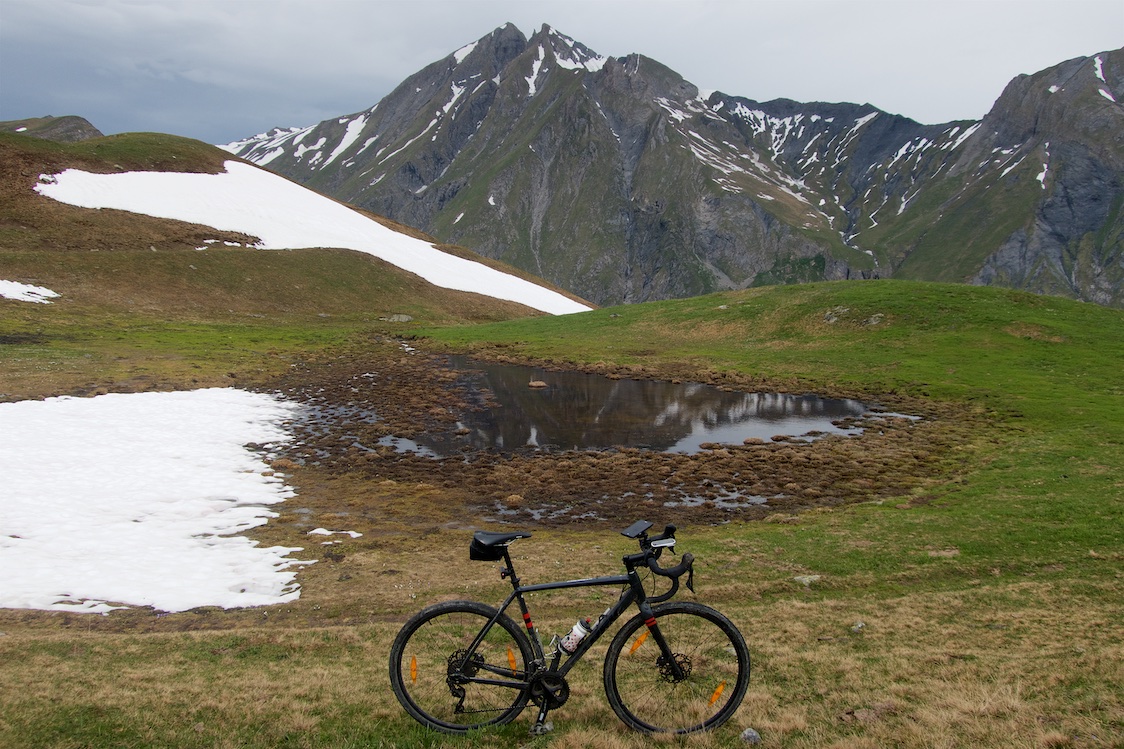 I descended to the fort and found the goats were now guarding the way down. 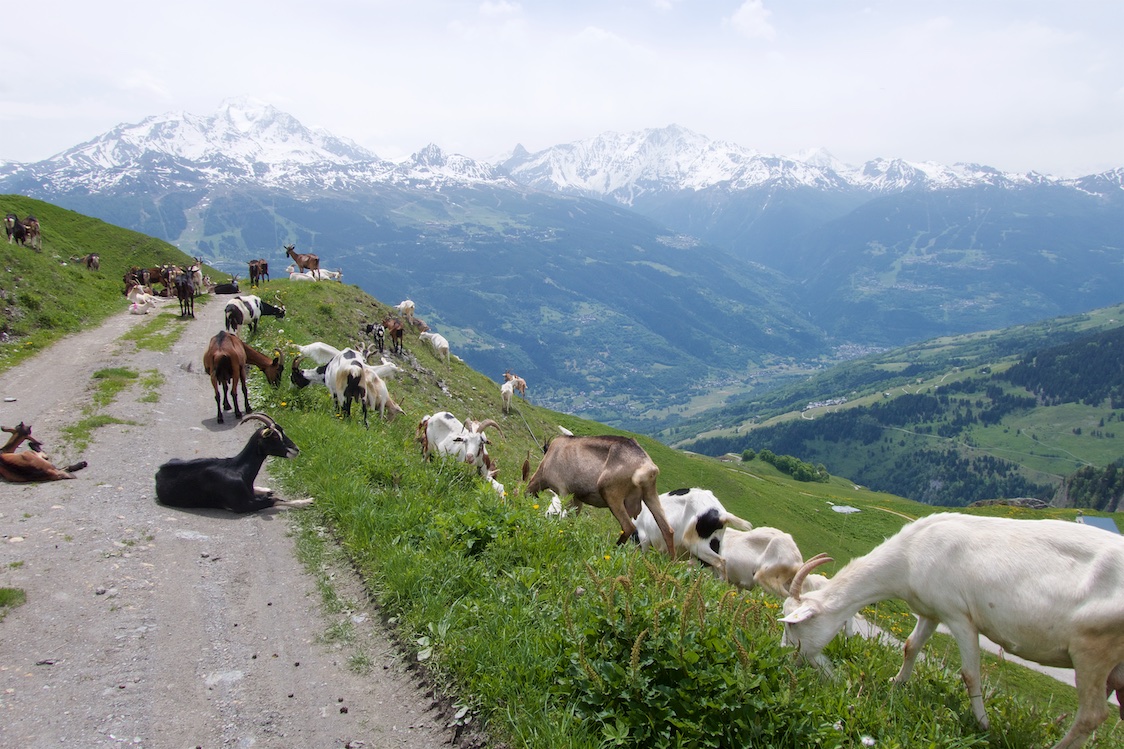 After descending the steep gravel, I decided to take an alternate route down the lower slopes. Initially this is very rough gravel, but super scenic. But better for a mountain bike than a gravel bike. Bumpy. But I soon made it back down to Bourg St. Maurice. 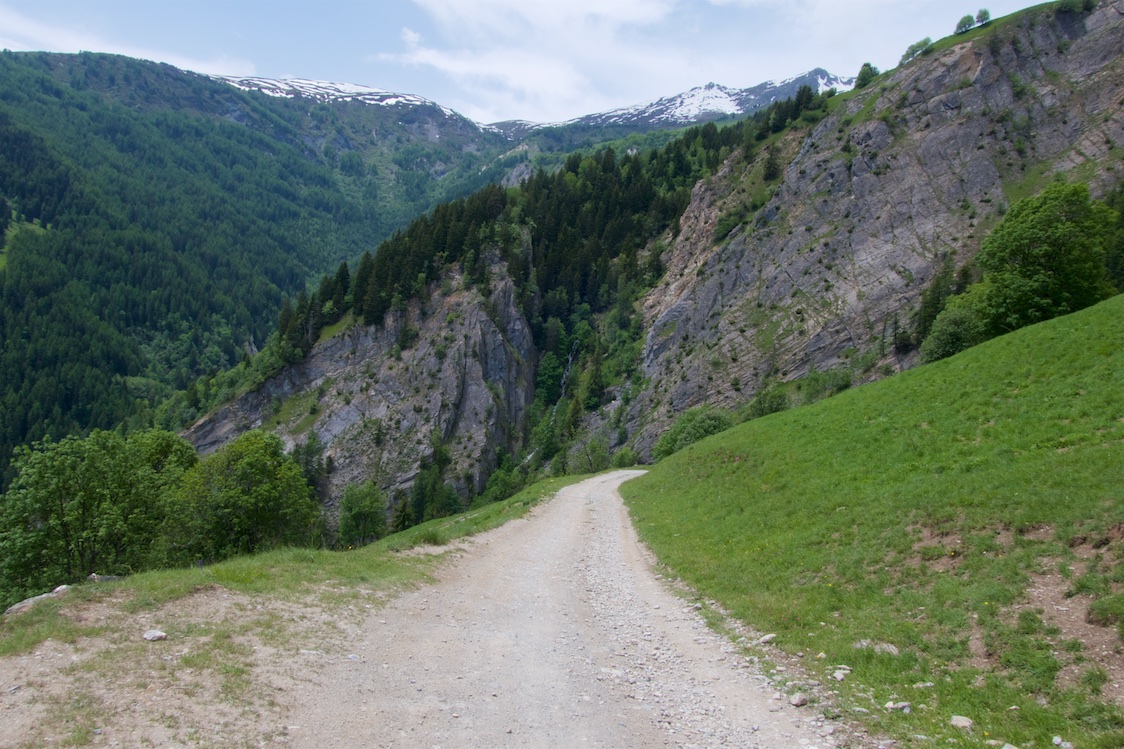 The entire loop is less than 30 kilometres, although it’s challenging both going up and going down. But I can’t recommend it enough.