There are 5 great road bike routes up Mont Salève. I detailed all five of these great routes here.

As marked on the map, near Beaumont we joined the St. Jacques de Compestella pilgrim trail – initially riding through the private grounds of the Chartreuse de Pomiers. It’s beautiful. 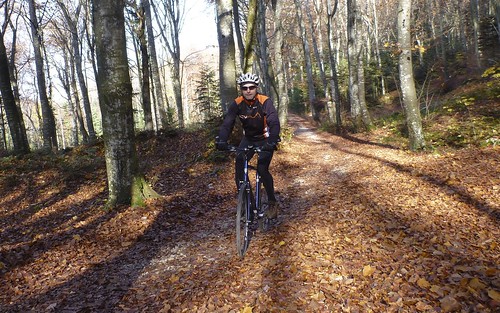 At the the château (and ruins of the ancient monastery gate), the route joins a rougher farm road until St. Blaise. When wet and covered in leaves there are a few stretches that are challenging to climb without slipping/stopping. 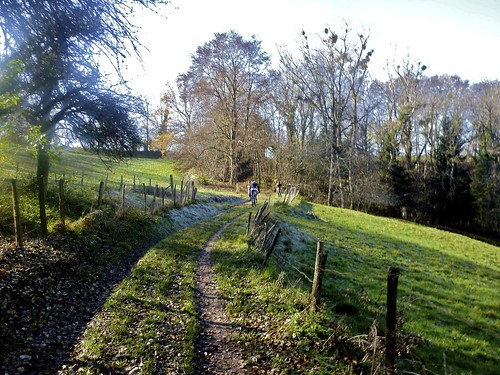 Next we rejoined a road for a couple of very steep kilometres with towering views of the Genevois region below. 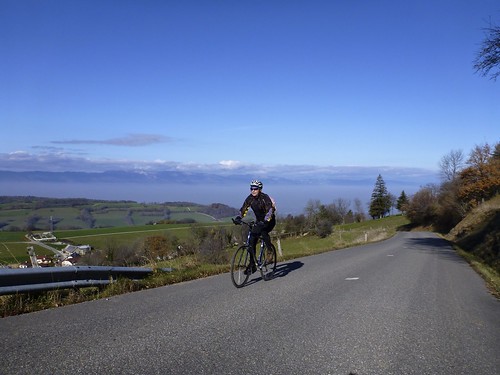 Just before the Château d’Avenières the route turns up for a killer half kilometre with grades in the high teens up to at least 20%. Eric – being superman – rode ahead to photo me struggling to turn the pedals. 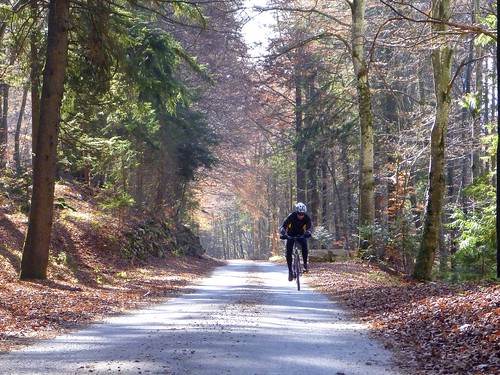 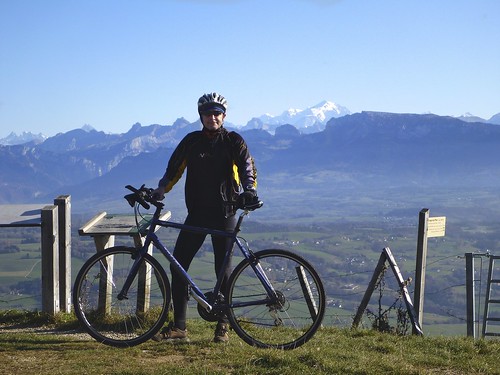 From here on, things are generally easier as the route rides across the Salève. After passing through the woods and Col de Convers and Col des Pitons (which finally has a good Col sign!!!!!). The road opens up with

fantastic views of the Alps to the left and Lake Geneva on the left. This entire top stretch is usually closed for several months in winter to cars – but is well worth struggling across on a sunny winter day – see here. Truly awesome cycling. 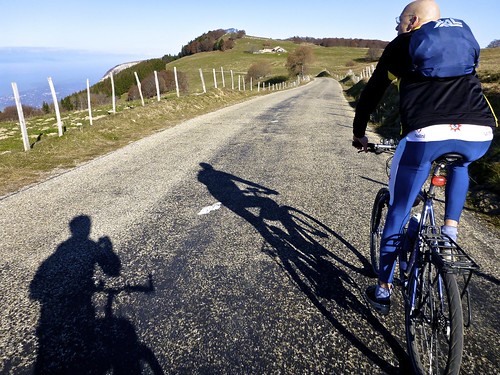 After descending to Col de la Croisette, we climbed up to the high point of the north part of Mont Salève – again with great views and an orientation table just above the road labeling all the mountains. Finally, the descent is down the north-west steepest side of le salève. Crazy, crazy hairpinned, steep descent. We videoed this descent a while back see here.

This was my first big ride in 6 months due to injuries. We went slowly, with smiles on our faces. Beautiful loop.