My first “trip” to a climb in 6 months. I decided to treat myself with something special. This “secret” back road to

Col de la Madeleine is as good as it gets. Vaguely shocking that Madeleine is ride-able in late November (although the road is officially closed).

I seriously bonked – but with a smile – on the last two kms to Madeleine. Almost 2000 metres ascent was nearly a climb too far on my “comeback” (I’m not even strong when I’m fit).

I started by climbing the “Lacets de Montvernier” – hairpins of Montvernier – one of the funnest, little known stretches of hairpins in France.

It is impossible to photo all the hairpins while cycling them or even above them. To get this photo, after reaching the church in the photo, I turned right and rode the bike over some fields to a path and hung over a cliff – scary!. Perhaps why there aren’t that many pics out there from this angle? 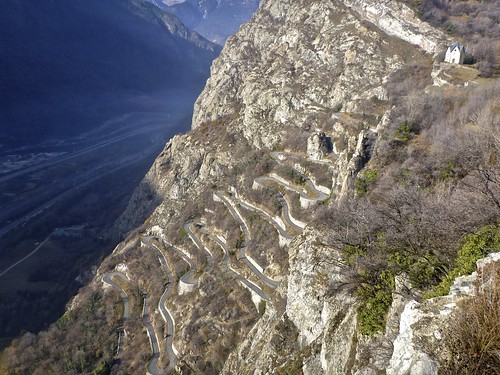 It’s a fun, narrow, silly road but it’s only the beginning. Col du Chaussy is a difficult climb of over 1000 metres of ascent with some very steep stretches. The Lacets are only about 20% of the climb just to Chaussy, let alone to Madeleine.

Next at Montpascal if you look up at the mountain you can see the cliff road high above. It looks improbable that there is a road up there. And once you get up there it is just as impressive: 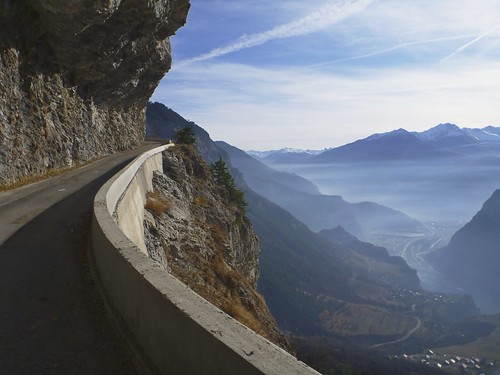 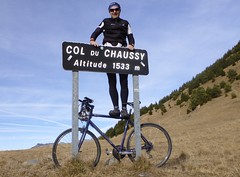 After the cliff stretch there is still some hard work, up long winding hairpins – lovely stuff. It was just me and various sheep crossing the road at various points – and eventually Col du Chaussy.

After a small descent, the route turns up towards Lac du Loup (wolf lake). It’s a wonderful long stretch along near deserted road through high alpine pastures.

The other side of Col du Chaussy has been recently paved. You could certainly climb it with a road bike and then descend on a paved route that joins the famous Madeleine route after a long descent. Unfortunately, the more direct route to Madeleine that I took via Lac du Loup soon becomes unpaved. 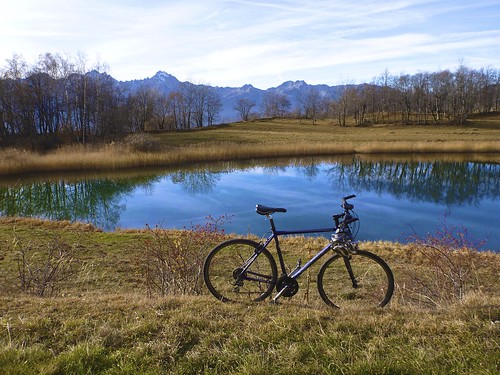 The last stretches of this route are tough but with views to die for: 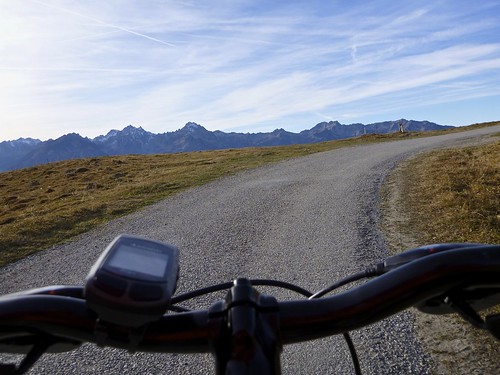 View back towards Col du Chaussy nearing La Grolle before crossing over into the valley with Col de la Madeleine: 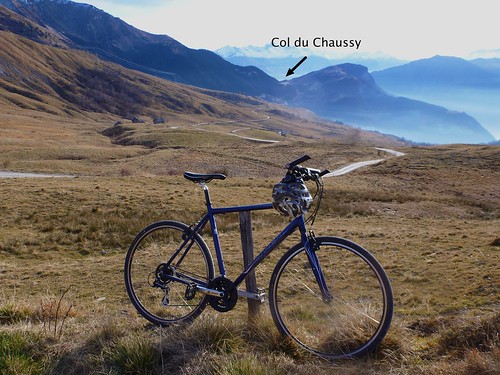 As the route crosses into the next valley above La Grolle (1800 metres) it joins a gravel road above St Francois-Longchamps ski station. After a couple of ridge kilometres I descended through the ski slopes and joined the famous Col de la Madeleine route at the second last hairpin (which is still 2kms and 200 tough metres ascent below the summit) – where I proceeded to seriously bonk. 🙂 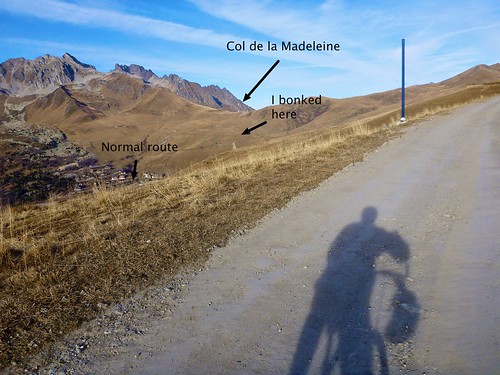 But I was so close that I wasn’t too worried. Very occasionally a bonk can be almost enjoyed. I was near the finish of a great climb.

How ridiculous (and great?) is it that Col de la Madeleine can be cycled in late November? But yes, the late afternoon descent was freezing (four layers and double gloved)! 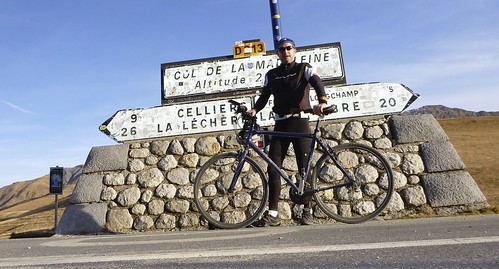 Les Lacets de Montvernier are special. But it is only the start of a fabulous ride to Col du Chaussy, that then gets even better on the way to Madeleine.