Don’t confuse this with Colle del Nivolet, perhaps my favourite climb in the Alps. See here.

High above Chambéry to the east, is a giant cross – Croix du Nivolet. It juts out from Mont Nivolet just south of Mont Revard, in the Bauges Alps.

A cross was first erected here in 1861. It’s changed over the years. For example, it was rebuilt after a 1909 hurricane, and was also damaged during WW2. These days it is illuminated at night – an impressive sight (at 1547m) from the auto-route or valley far below. 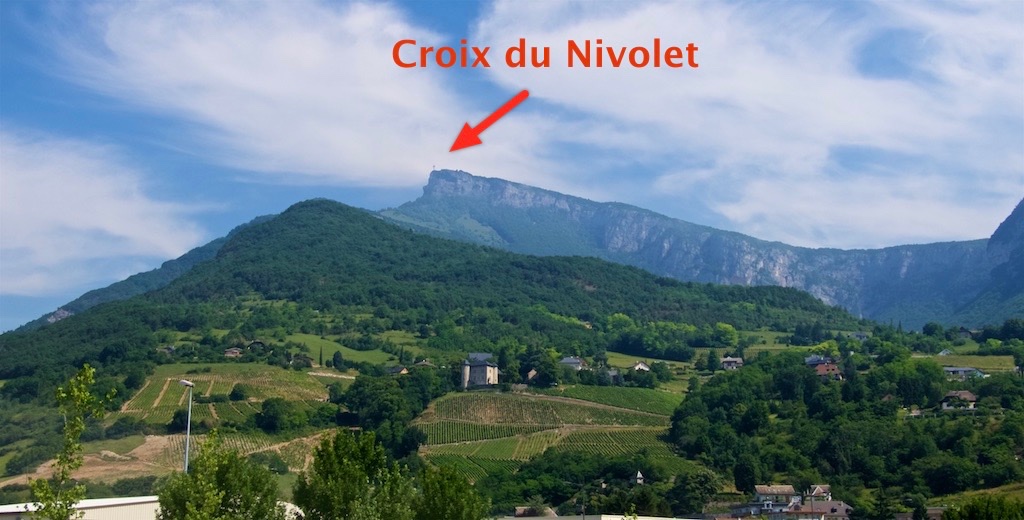 I started in St-Alban-Leysse not far from Chambéry, climbing the road to Col de Planpalais for several kilometres. But today I turned onto a smaller road before Planpalais. It remains paved past the little ski station La Féclaz, all the was to Le Sire (1410m).

Here is a great road bike loop that climbs to Planpalais as well as to the top of this massif at Mont Revard. 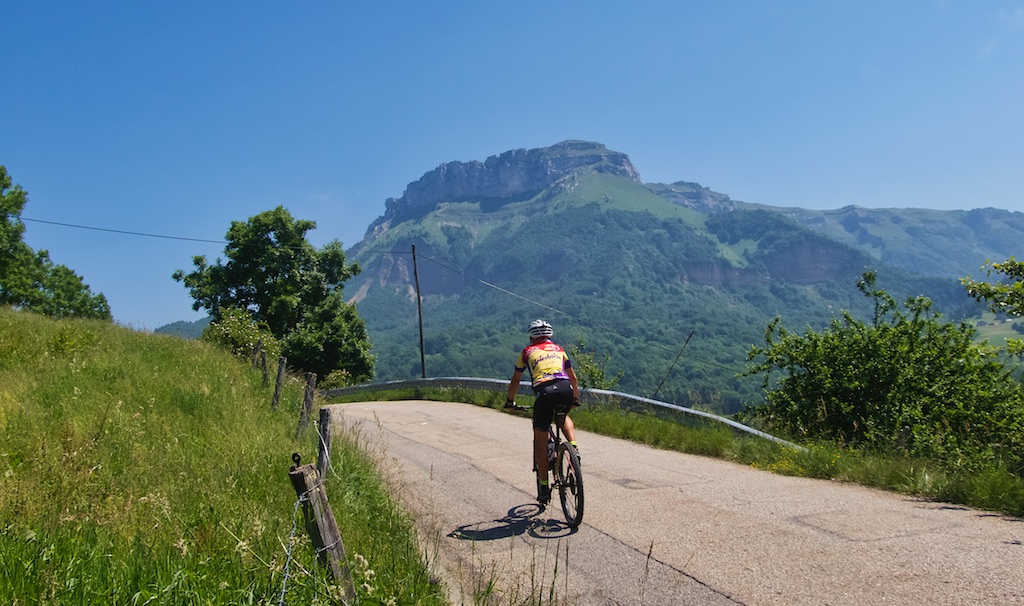 Someone just told me that mountain bikes aren’t permitted beyond Le Sire to the cross, so be warned. My aplogies, I saw no signs forbidding bikes. But it would make sense as the hike from there to Croix du Nivolet is quite popular. Maybe consider locking your bike and hiking.

After Le Sire a gravel road climbs to the Chalets du Sire, and then it’s perhaps an hour hike to the cross. 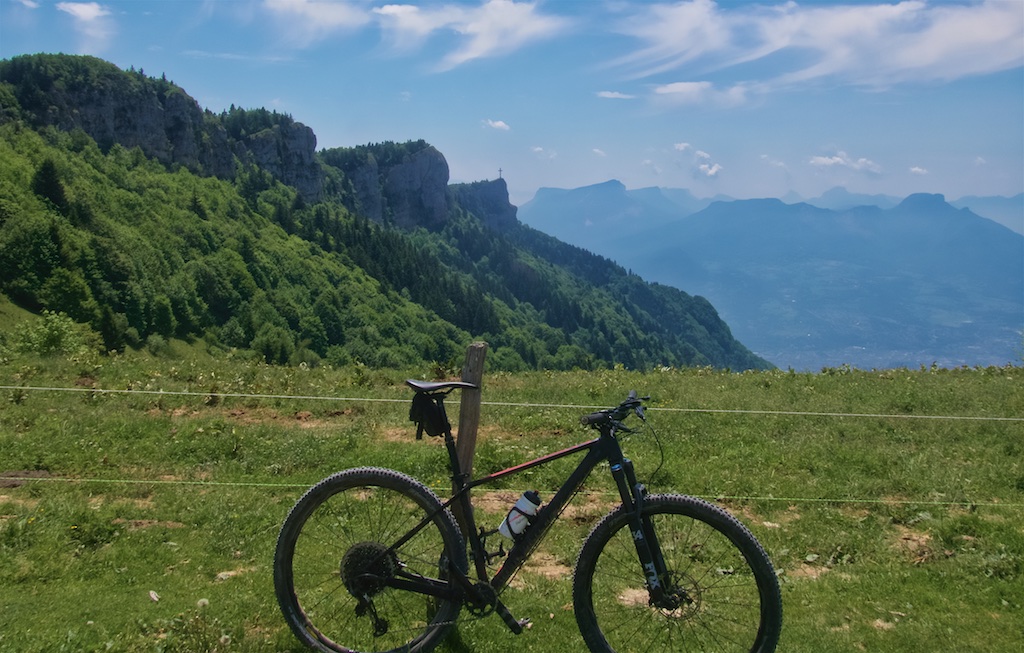 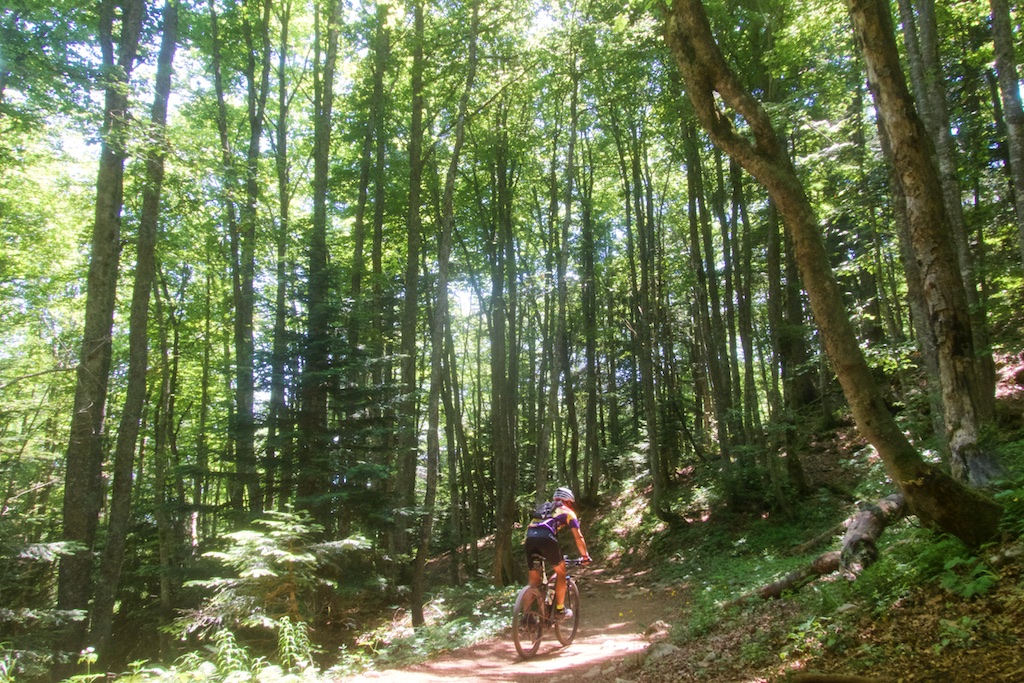 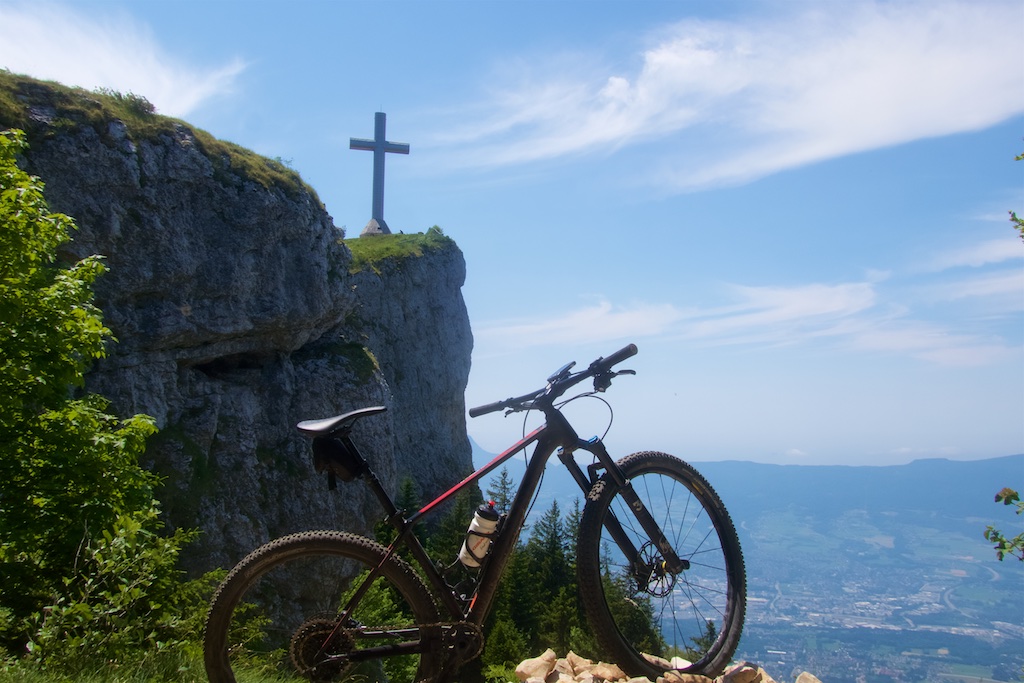 The cross itself is huge. I suppose this makes sense, but I had imagined it being much smaller. The views are great with Lac du Bourget below, Mont du Chat in the distance, etc. But the cross was too big to photo with a view. 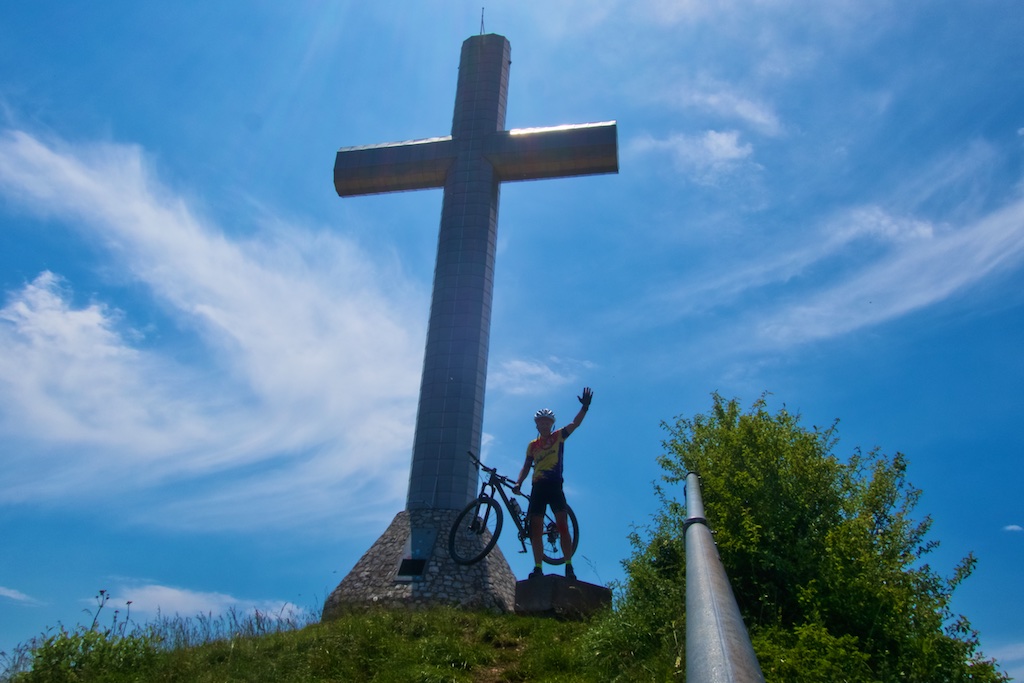 learned afterwards banned to bikes, but saw no signs

After visiting the cross, I took a different trail down, heading to Col de la Doriaz (aka Doria; 1138m), see map below. I hopped on and off the bike regularly but it was far more ride-able than I expected. 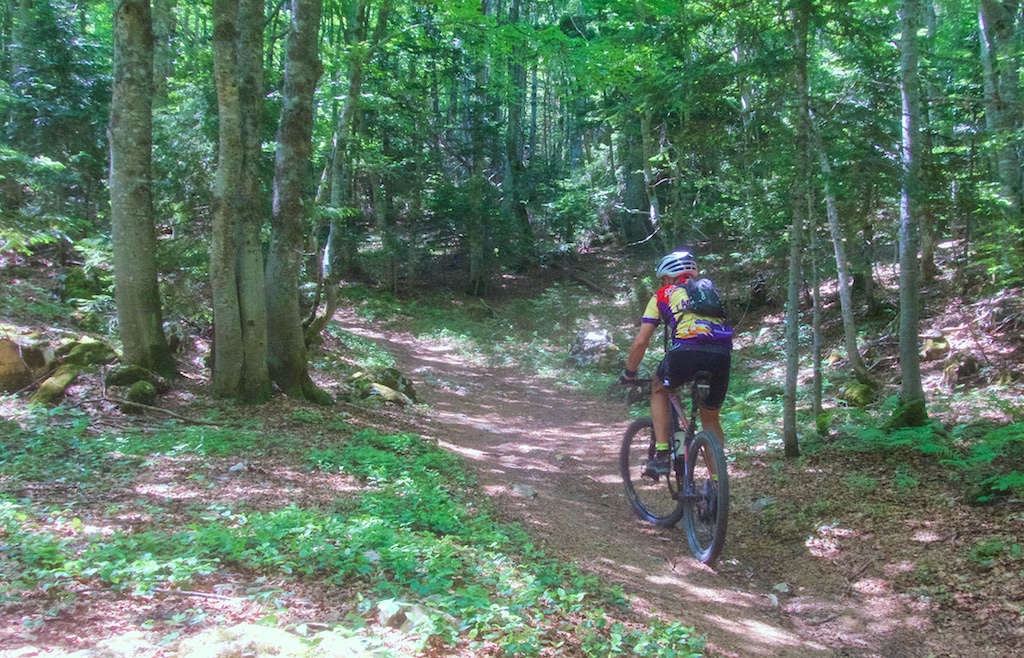 Finally, after reaching Mont Peney, I found a forestry road down to the main road, first visiting one more col: Passage de la Dorette (1100m). A tough, fun, ride. Again, apparently bikes shouldn’t go beyond Le Sire to the cross, but I suppose this would still be a big road bike climb to Le Sire. 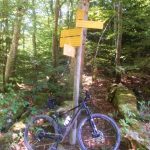 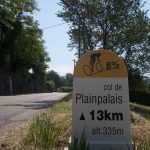 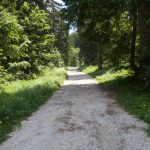 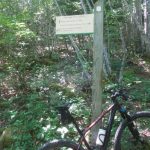 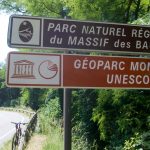 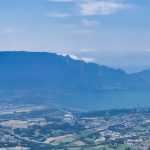 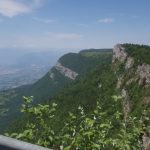 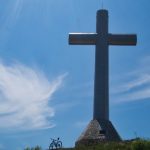