For various reasons, good and bad, I have only been cycling from home recently. But, Tim (a very good friend of mine) recently had a fun adventure that I thought was worth sharing.

As soon as the lockdown restrictions started to be relaxed here in France, I drove around to join Will and other Steel Wheeler cycling club members residing in France, for our first ride up Mont Salève in 10 weeks. “Around” being the operative word: normally I would simply ride across Geneva, but with the borders still locked down, I had to drive 45min around Geneva, remaining in France, to get there.

It was wonderful to see Will again (I can confirm to you all that he is as kind and genuine in person as he comes across here!). I had a holiday the following Monday so tried to convince Will to join me on a ride in search of snow walls! It is that time of year here in the alps when the high cols are cleared of winter snow and open up for the summer. It can be a great time to ride these cols, as the roads are deserted – if the cols are still being cleared of snow when you go, it means no motorbikes roaring up the switchbacks! 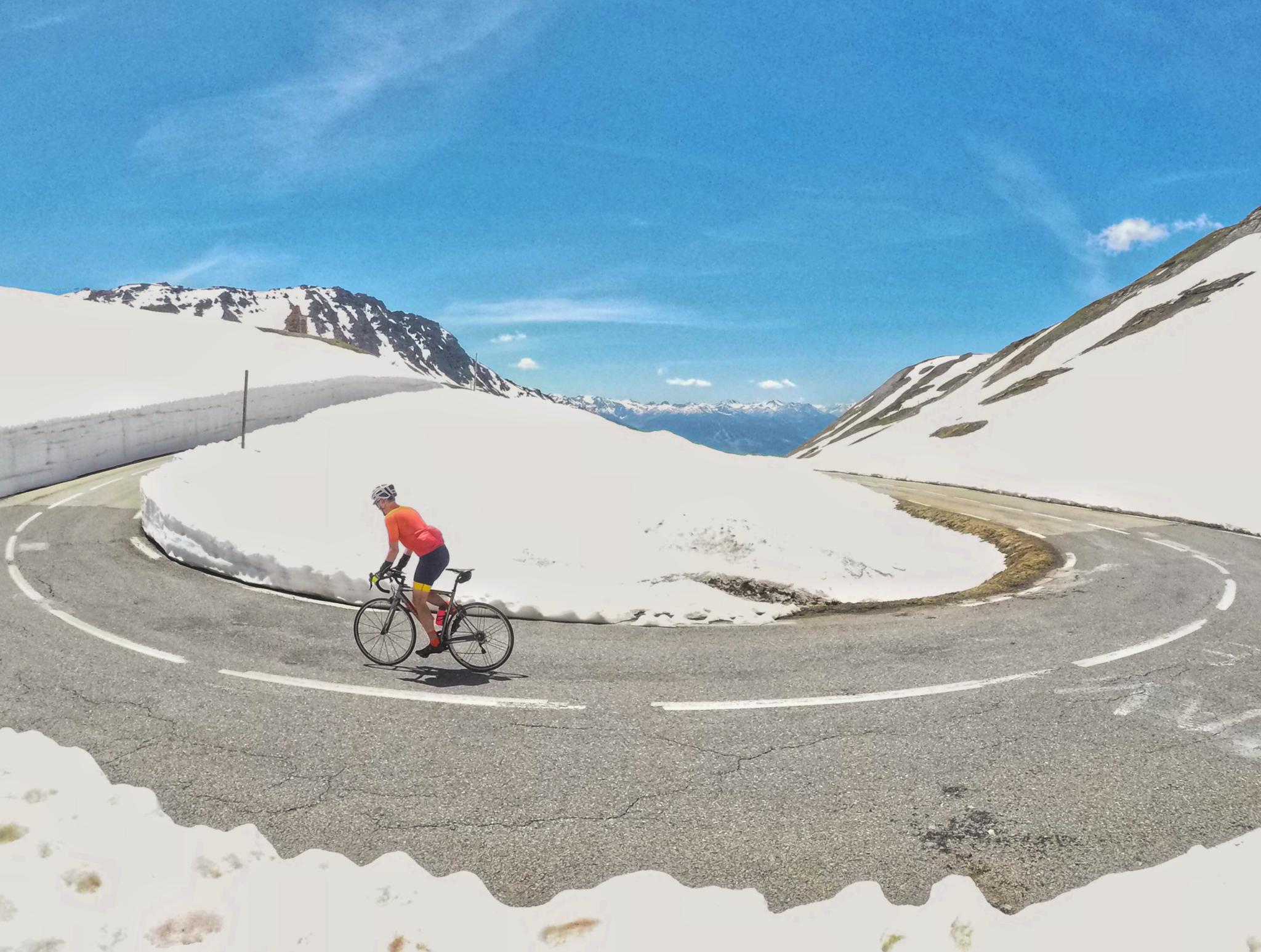 But most enjoyably, you can ride on narrow alpine roads freshly carved through the remaining snow drifts. 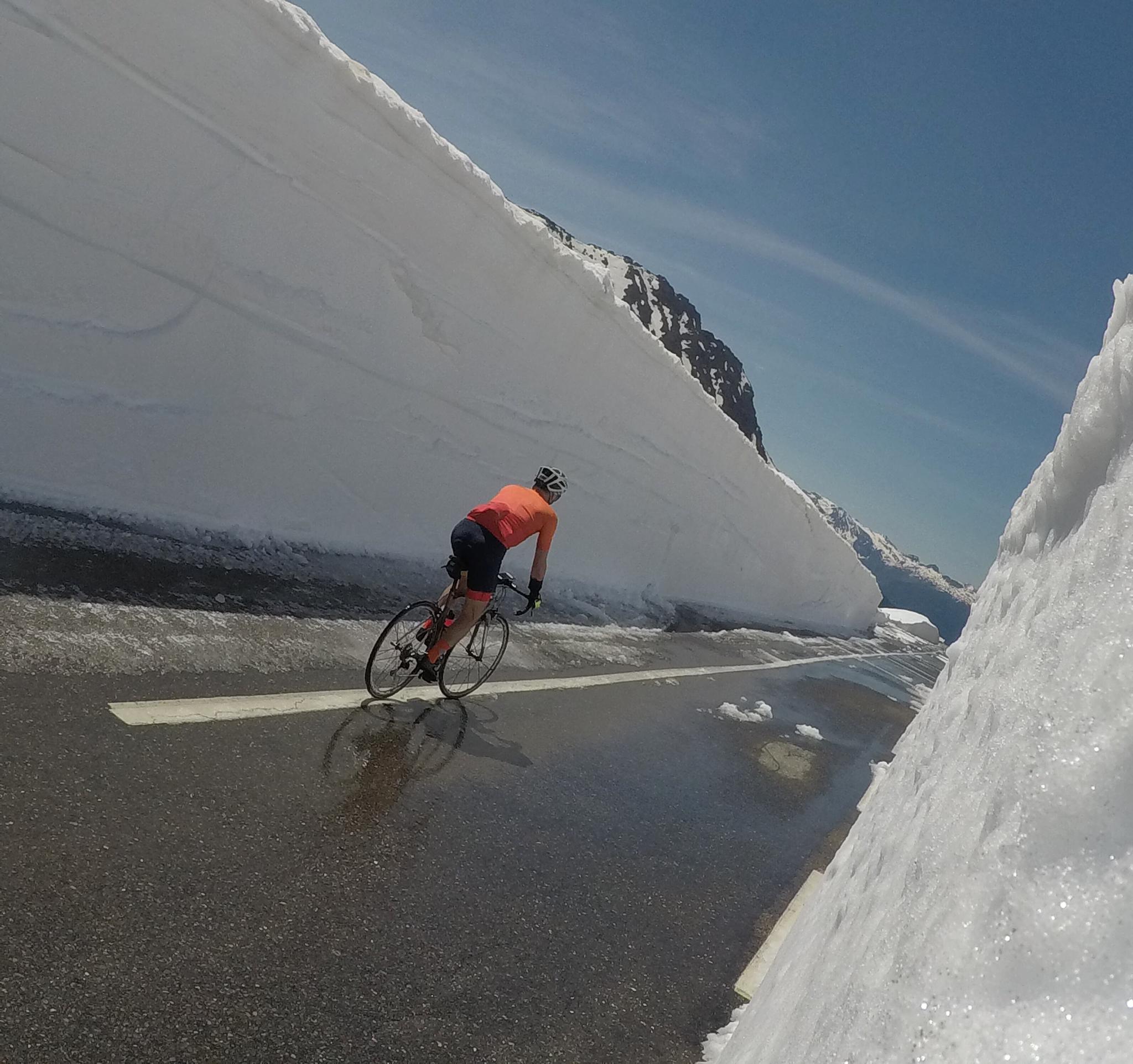 I had seen a few posts on social media of snow clearing underway at Col du Petit Saint Bernard: on the border with Italy. If you follow Band of Climbers of Instagram, you would have seen some amazing snow walls up there this time last year. I calculated the direct distance from our place and it was just within the 100km radius allowed under the relaxed confinement restrictions. I couldn’t convince Will to join me for the 2.5 hour drive to Bourg-Saint-Maurice for a 30km climb, so off I went!

Will: I am still mad at myself for not joining you!

The weather was perfect and I had the road to myself. The col was still not open all the way to Italy, so there was no through traffic. La Rosière ski resort on the way up to the col was a ghost town – both due to the coronavirus confinement and the fact is was still the shoulder season before summer activities start. I had checked Will’s old 2007 Col du Petit Saint Bernard post (see here) and he suggests taking a detour on a quieter road, but given there was no traffic, I stayed on the main road up (I checked out his detour on the way down – see map below, it’s the right part of the “loop”).

The climb up to La Rosière is nothing to write home about – fairly steady at about 5% or 6%. But I was taking it easy, enjoying being back in the alps and soaking in the views of the Haute Tarentaise.

The barrier was down across the road beyond La Rosière, but there was no problem cycling around and continuing. It didn’t take long for the first patches of roadside snow to appear. The last 7 kilometres to the col are pretty much straight up the valley (with a gradient so benign it is possible to ride on the big ring), allowing a great view of what is to come – and the impending snow walls! 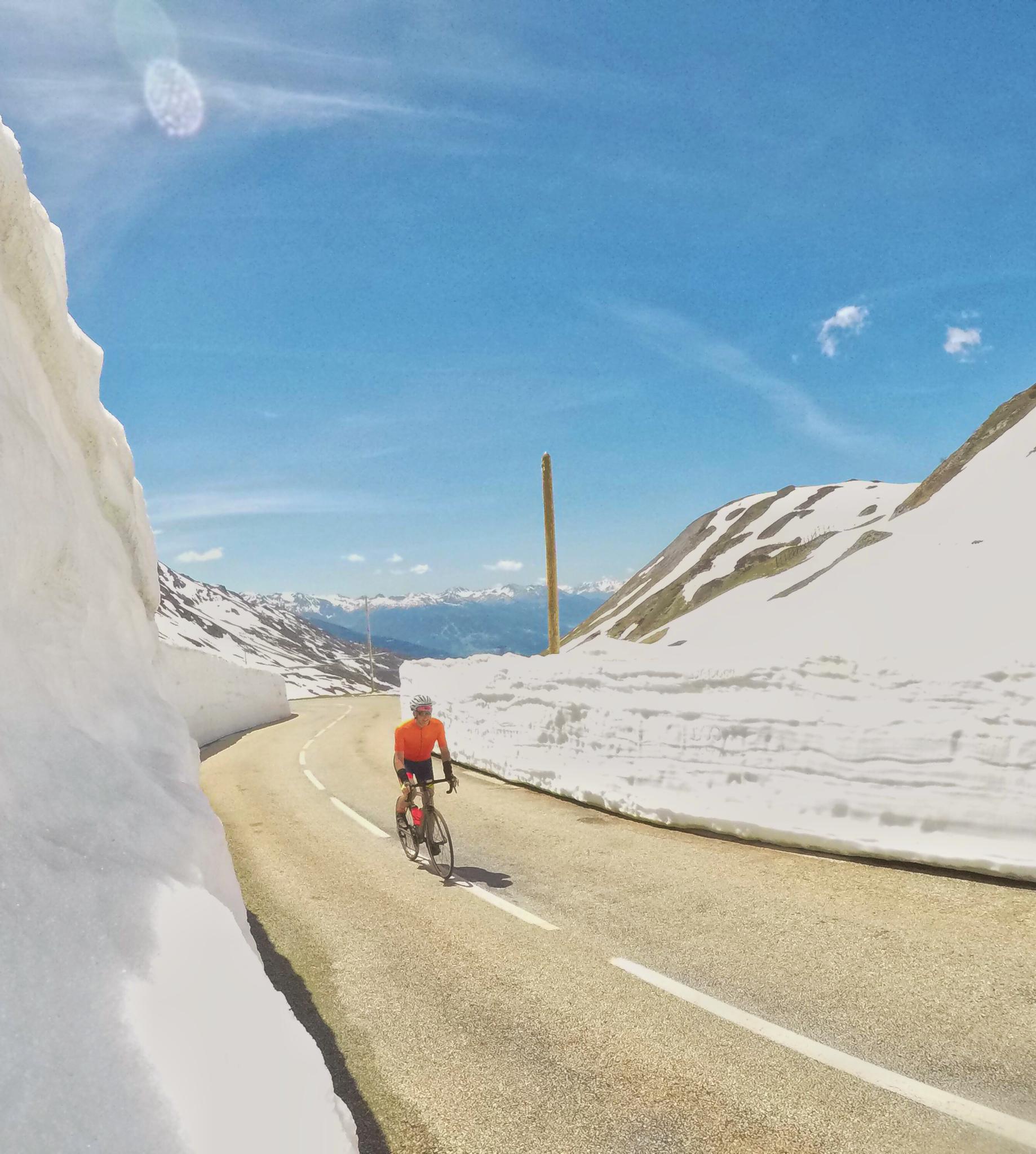 I rode on as far as I could – past the statue of Saint Bernard and the Hospice, but the snow-clearing machine was working away before the col proper. Strava says I got as high as 2,028m, while the col is listed as 2,188m. Close enough. The views were superb and the freshly carved snow walls were just what I was hoping for! 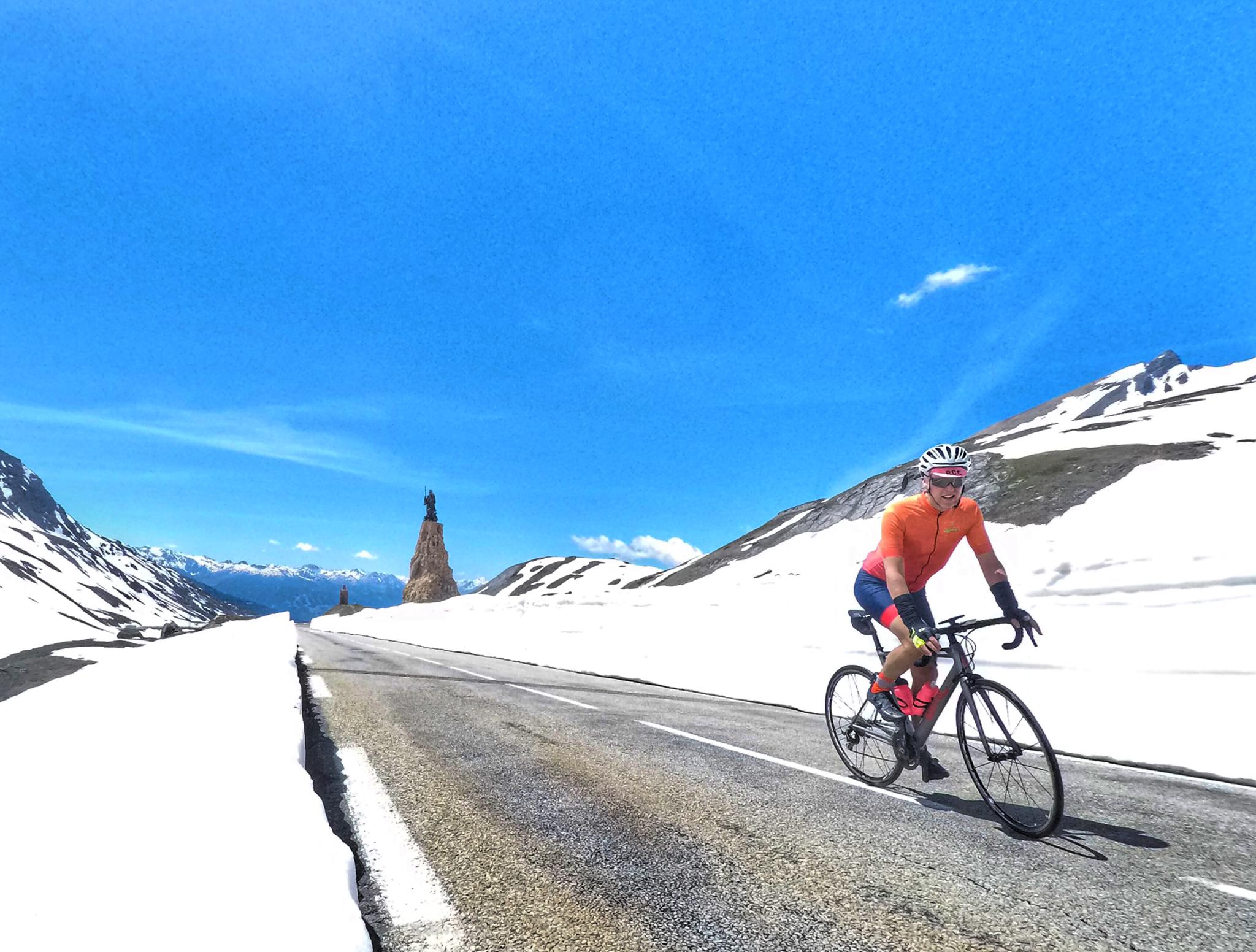 I stopped for a few photos on the way down, but scrambling up the snow to try and position my camera on a perch, I accidentally knocked the settings and most of the photos didn’t work. They wouldn’t have been as good as Will’s anyway!

The snow walls of Col du Galibier are now accessible. The col itself is even open, as are most high cols. Perhaps only Col de l’Iseran remains closed to enjoy the snow walls without traffic (Iseran has finally opened on June 6th)!

Will talking: Thanks so much for this Tim! What a great ride. I am kicking myself for not joining you. Note: the best snow wall photo I ever took was on the other St. Bernard, Col du Grand St Bernard, June 2016:

Tim and I hope to have at least one sunrise cycling climb together in the near future. 🙂